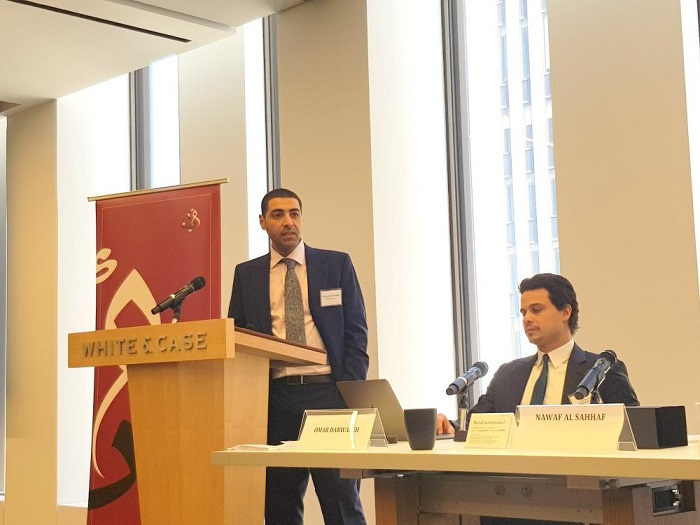 The Wharton MENA Conference is one of the most important annual gatherings that bring together representatives of major companies and government entities from the Middle East and North Africa (MENA) region. This year’s conference was held under the title ‘The Inflection Point: Finance and Technology in a Re-emerging MENA,’ and was launched at a time witnessing young entrepreneurs leading initiatives and economic growth in the Middle East with the support of governments and the increasingly expanding investors base.

The Conference’s agenda included several sessions with different topics. The first session focused on ‘The Emergence of VC as a Tool for Innovation and Sustainable Growth.’ The second session was titled ‘Chasing an Arabian Unicorn: Is the MENA Region the Next Place to Look for $1B Companies?’ during which Nawaf Al Sahhaf, chief executive officer of Badir Program for Technology Incubators was a key speaker. The third session discussed the topic ‘Setting the Stage for a New Way to Do Business? A Discussion on the Economic & Legal Reforms Needed to Drive the Future of Entrepreneurship, Tech, and Finance in the Region.’

Unicorn is a description given to the companies that are worth more than $1 billion. The United States is home to the largest number of these companies, which come from e-commerce sectors or markets allowing online purchase and sale. The Chief Executive Officer, Badir Program for Technology Incubators noted that emerging markets in the Middle East still face significant challenges ahead of the emergence of Unicorn companies.

During the Technology and Entrepreneurship Session, Al-Sahhaf highlighted government legislations and initiatives that helped create an entrepreneurship friendly environment. He mentioned that this gave Kingdom of Saudi Arabic a competitive advantage during its efforts to restructuring the economy amidst the shift from dependence on oil to supporting the private sector.

He also pointed out to the services and achievements made by Badir program in the area of technical entrepreneurship, and its role in implementing the Saudi Vision 2030, through which Saudi Arabia aspires to move from petroleum-based economy to a productive, diversified and globally competitive economy.

Moreover, Al Sahhaf noted that the conference emphasizes the importance of efforts exerted by governments in the MENA region to promote and support technology start-ups, which in turn have provided many promising investment opportunities that can be harnessed and utilized to serve the business communities in the region in general.

He also said that the KSA’s participation in this conference contributed to enhancing its position and role in enabling start-ups to launch their businesses by taking advantage of the innovative services provided by government agencies and specialized business incubators.