Erol Yarar, the chairman of the international business forum has suggested all Islamic nations to adopt the cryptocurrency system for transactions with each other rather than adopting the US Dollar as according to him the US Dollar is used as a weapon by the United States to wreak economic havoc.

Calling US Dollar a ‘Punishing Tool’ 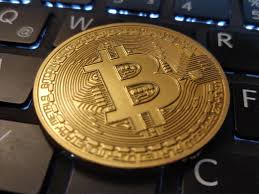 Yarar said that the US Dollar is not just a common currency but also a sanctioning tool. Also saying that at the International Business Forum this year, they will discuss the term monetary pluralism for implementing a democratic trading environment and the top features to be discussed at the next International Business Forum meeting would be the usage of Blockchain Technology and Cryptocurrency for the financial sector in the Muslim countries especially the middle east.

“We will make a cryptocurrency system, that will be used for international trade among Islamic countries, a current issue.”

Definition of cryptocurrency: a digital currency in which encryption techniques are used to regulate the generation of units of currency and verify the transfer of funds, operating independently of a central bank.

Disclaimer: The views of this article do not necessarily represent those of Halal Incorp