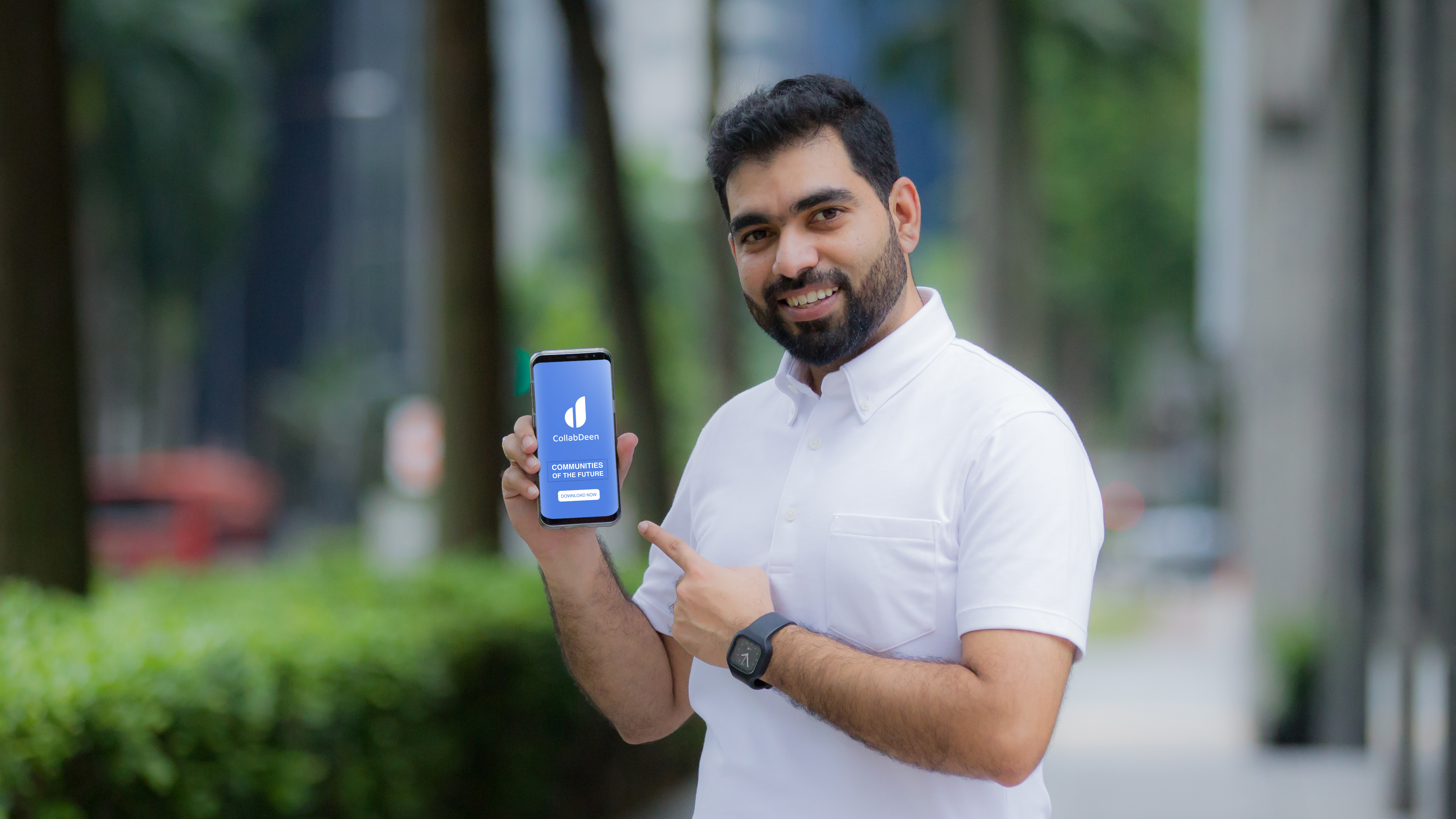 Technology has changed the way a whole generation practices religion. From hearing the call of prayer on cell phone applications, to Muslims knowing in what direction to pray, to looking up different passages and verses from any Holy Book, to learning lessons and definitions of any term, to connecting with believers anywhere in the world, technology has completely altered the way a whole generation practices their religion.

Now we have seen emerge a start-up from Singapore called CollabDeen & it is the world’s first technology platform for communication and collaboration innovatively designed for Muslim communities and a shining beacon within the Islamic digital economy.

The CollabDeen app officially launched their global tech platform last week. The CollabDeen logo was showcased at the Sydney cricket ground on a large screen as part of the official launch. Within 24 hours of the launch there were 78 (both faith & Business) communities created, with over 1000 users from 11 different countries.

CollabDeen is a Deep-Tech, AI-Powered, community management platform that helps faith-based communities, brands, business and influencers to grow their social community and build their audience. The app has been designed to bring together communities from around the world where they can learn about events in their localities as well as around the world. The app connects those interested in Islamic lifestyle sectors and faith.

CollabDeen: Who Can Benefit From This Tech

One key entity which can benefit from the CollabDeen app is mosques, now you can turn your mosque into a smart mosque. Individual mosques from around the globe can register their place of worship in the form of a ‘community’ on the app. This is one of the key functions available on the tech platform. As new users download the app they can follow mosque communities in their location and keep up to date with all the latest events and news. The app allows for the creation of an online community and positioning of entities in the marketplace.

Businesses and brands within the global Islamic economy have the opportunity to leverage the fast growing and expanding international audiences signing up for the CollabDeen app. By creating a business community platform you can share articles, blog posts, images and external links to your website or landing pages, which will help drive traffic externally from the app to your choice of destination. This is very useful as over time the traffic to your links should increase as your followers increase.

Another key feature is the world’s first augmented reality qibla finder, which is a unique and innovative feature of the app. Once you have downloaded the app you simply sign up for free during the BETA version and can click the qibla finder option. Regardless of where you are the screen will give you instructions to move your phone in a particular direction until you are facing South East. Once you have the right bearings a green beam with a small Kaaba image at the end will showcase the direction of prayer. This smart piece of tech is fun, engaging and very useful when trying to decipher the direction of prayer i.e. when travelling or away from home.

Within the app there are also features such as prayer times according to your geographical location. The app lists each of the five prayers beginning from Fajr and ending with Isha. There are also other features such as tip of the day and a Quran radio which users can listen to. As a user you are able to discover other registered communities in spaces such as faith, food, modest fashion, media & business amongst other areas.

CollabDeen supports both Android and iOS platforms and is also available at both Google PlayStore and Apple App Store. For a complete CollabDeen experience, Android is recommended with the most advanced features.