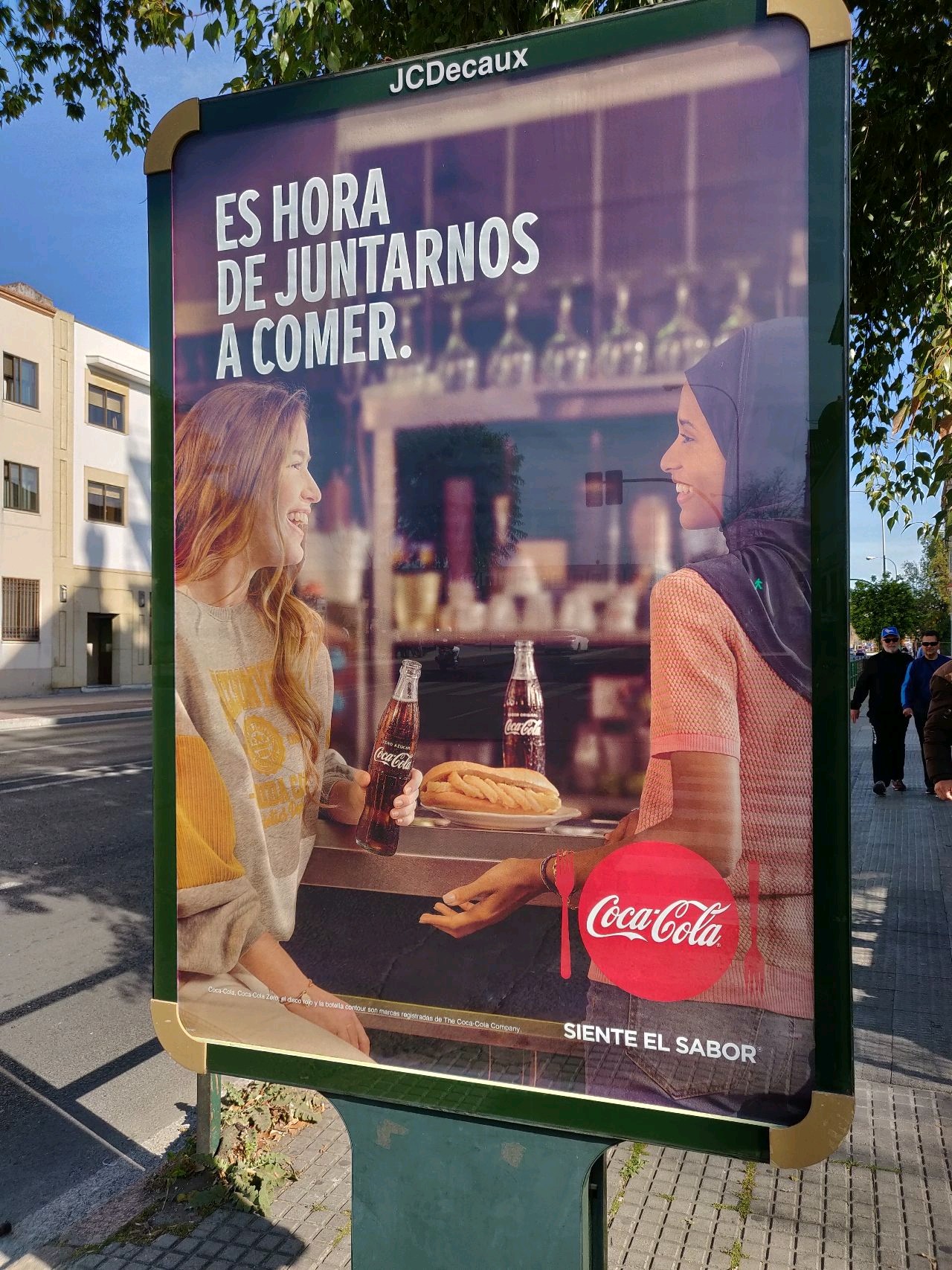 Back in March, 2019 I was walking down the high street in Cordoba, Spain whilst delivering a project on behalf of an international client. I saw and took a picture of this Coke ad, featuring a Muslim hijab wearing woman.

There seems to be an increasing emphasis on diversity and inclusion within the advertising and influencer space which is interesting to note for those in the industry.

Global brands have taken note of sectors such as modest fashion and ran campaigns, companies such as:

There are countless opportunities when marketing products and services to specific audiences such as the Muslim diaspora in diverse sectors such as food, modest fashion, finance, travel, tech etc.

“According to a 2018 report by DinarStandard and Reuters, Muslim consumers spent an estimated $270 billion on modest fashion in 2017, compared with $243 billion in 2015. Sales are expected to reach $361 billion by 2023. Shifts are occurring across the industry.”

“One third of Muslims are under 15. Two thirds of Muslims are under 30, which accounts for a staggering 1 billion people, more than 14 per cent of the global population. Muslims are also incredibly diverse and globally spread. More than 60% live in Asia. In 81 countries the Muslim population will soon exceed 1 million. Minority Muslim populations will add up to a sizeable 500 million people. All of this makes it crucial for any brand or organisation serious about growth to engage with them effectively.”

We have seen in recent years the major fashion houses using hijabi models on their fashion runways.
✅Recently major players Fendi & Jean Paul Gaultier featured Taqwa Bint Ali a hijab wearing fashionista in their advertising campaign.
✅The French Tunisian woman does not describe herself as a model but enjoys promoting modest fashion and diversity.
✅Now we are seeing an increase in diversity and marketing from major brands including Muslim women in their adverts and core campaigns.
✅This is a positive step for wider representation of modern society and inclusive marketing