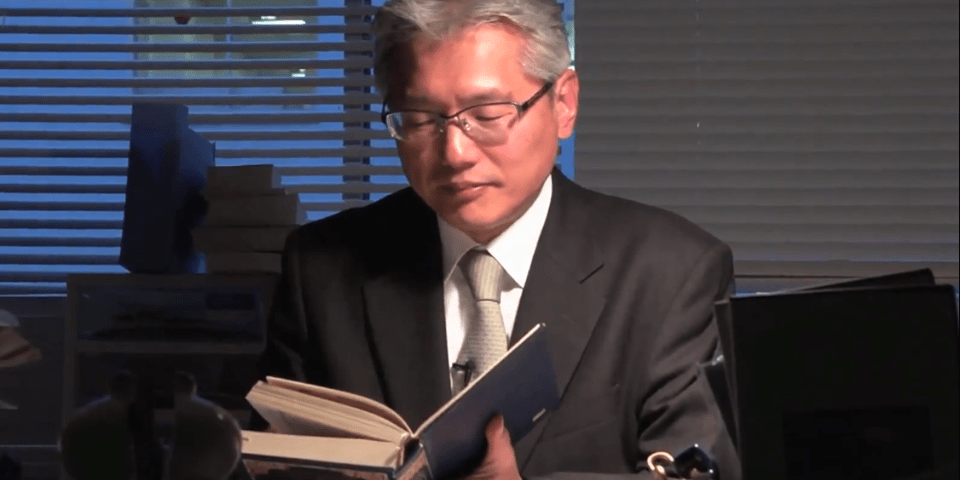 The first modern Muslim contacts were with Indonesians who served aboard British and Dutch ships in the late 19th century.

In the late 1870s, the biography of Muhammad was translated into Japanese. This helped Islam spread and reach the Japanese people, but only as a part of the history of cultures.

Another important contact was made in 1890 when Sultan and Caliph Abdul Hamid II of the Ottoman Empire dispatched a naval vessel to Japan for the purpose of saluting the visit of Japanese Prince Komatsu Akihito to the capital of Constantinople several years earlier. This frigate was called the Ertugrul and was destroyed in a storm on the way back along the coast of Wakayama Prefecture on September 16, 1890. The Kushimoto Turkish Memorial and Museum are dedicated in honor of the drowned diplomats and sailors.

Dr Okuda fought a long academy life searching of religions, until he reached to Islam. He explained his life before Islam: “Before Islam my life was barbaric.. Very barbaric! Ignorant..I didn’t know the truth!”

Dr. Okudais is very nice example for Muslims in Japan. He took an interest into the Islamic legislation, He moved to Aleppo-Sayria to continue his studies and to learn Arabic. He says: “At that moment! I converted to Islam.. I believe that this is the greatest gift from Allah in my life!”.

Today, Dr. Okuda works hardly with his colleagues and disciples in Japan to spread Islam there, and to save their nation. May Allah grant them his blessing and reward them good.