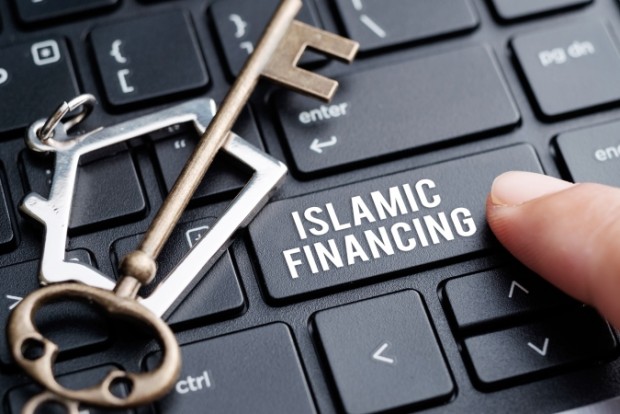 The Dubai Islamic Economy Development Centre (DIEDC) has announced that the fourth edition of the Global Islamic Economy Summit (GIES) will be held in October 2018, under the patronage of HH Sheikh Mohammed bin Rashid Al Maktoum, Vice President and Prime Minister of the UAE and Ruler of Dubai.

To be hosted in collaboration with Dubai Chamber of Commerce and Industry (Dubai Chamber), the summit will focus on mechanisms that enhance communication between decision makers, investors, and Islamic economy stakeholders across sectors, markets and geographical locations. The industry event is a platform for creative minds to share innovative ideas, stimulating cross-sector growth and aligning with policies and legislations to further accelerate growth. The upcoming fourth edition of the summit will discuss how traditional companies can utilise technologies to communicate with consumers, thereby driving demand and further boosting competition in the advent of the Fourth Industrial Revolution.

“We look forward to hosting the Global Islamic Economy Summit 2018 amidst an important era of economic transformations that are changing the mechanisms of industrial and economic activities, and greatly impacting global partnerships and collaborations.The UAE, and more specifically Dubai, will continue focusing on economic diversification and productive sectors that ensure growth continuity and wealth sustainability. Events such as this one will further articulate the country’s objectives to achieve the highest economic growth levels by 2071 when we celebrate its centennial as one of the world’s best economies – one that is supported by professional local and global talent and relies on advanced technologies and sciences, innovation, environmental sustainability and entrepreneurship,” said HE Sultan bin Saeed Al Mansouri, UAE Minister of Economy and Chairman of DIEDC.

Al Mansouri added that it is the responsibility of DIEDC to enhance the role of the UAE, and Dubai, in attracting those interested in the principles and ethics of Islamic economy, and forge new channels for communication and collaboration. The alliance will grow Islamic economy sectors globally to serve sustainable development goals, and achieve prosperity and stability for all societies.

“We believe 2018 will be more relevant than ever to further discuss our perspective on the future of Islamic economy and examine ways to collaborate with local, regional and global stakeholders to develop a structured agenda for its advancement. Dubai’s leading position as the global capital of Islamic economy, and its pioneering status in Halal industries, will aid it in driving growth, encouraging innovation, and enhancing partnerships and communication among investors, manufacturers and decision makers,” added Al Mansouri.

HE Majid Saif Al Ghurair, Chairman of Dubai Chamber of Commerce and Industry and Board Member of the Dubai Islamic Economy Development Centre, said that GIES 2018 serves an ideal platform to explore the future of the global Islamic economy as it convenes stakeholders and leading industry experts from around the world to directly address key challenges and opportunities facing businesses in this sector. The fourth edition of the summit will build on the progress that has been achieved over the years, and carry forward crucial conversations about the state of the global Islamic economy.

Al Ghurair added that the premier event will also highlight best practices, valuable industry insights, and growth prospects for the future, and that the summit is likely to contribute significantly to realising Dubai’s vision to become the global capital of the Islamic economy and further strengthen the emirate’s position as the leading hub for companies operating in Halal industries across the region.

“The fourth edition of the Global Islamic Economy Summit will spotlight our efforts in developing Shari’ah-compliant economic mechanisms, attracting global partnerships to Islamic economic sectors, and establishing Dubai as the global capital of Islamic economy. Since HH Sheikh Mohammed bin Rashid Al Maktoum launched the Dubai: Capital of Islamic Economy initiative, we have succeeded in establishing the emirate’s credibility as a leading hub in various Islamic economy sectors, stimulating investments that factor in the requirements of development by promoting a culture of responsible investments and ethical economics. Through GIES 2018, Dubai takes a key step forward in bolstering the Islamic economy worldwide, leveraging its achievements, experience and position as an attractive destination for sustainable investments. The city will also enhance its constant pursuit to keep up with technological advancement, to create financial services that benefit the wider segments of society and facilitate the development of projects in different countries of the world,” said HE Essa Kazim, Secretary General of the Dubai Islamic Economy Development Centre.

For his part, HE Abdulla Mohammed Al Awar, Chief Executive Officer of the Dubai Islamic Economy Development Centre, said that every edition of the Global Islamic Economy Summit has focused on specifics of an Islamic economy to further broaden an understanding of the sector. The first edition in 2013 introduced a comprehensive definition of the Islamic economy sectors, and raised awareness of its importance to manufacturers and consumers alike. In the second year, we sought to highlight the significance of standards and laws governing the activities of Islamic economy in order to expand its influence and attract new global players to its sectors. The third round of the summit focused on the importance of the Islamic economy ecosystem in contributing to the sustainable development goals, and the need to leverage technology to ensure a real and lasting impact from the finance and investment tools used.

“As we prepare for the fourth edition in 2018, we call on our partners in the UAE and around the world to join us in enhancing the impact of Islamic economy to drive sustainable development through creating new mechanisms to accelerate growth as directed by the science and technology revolution,” said Al Awar.