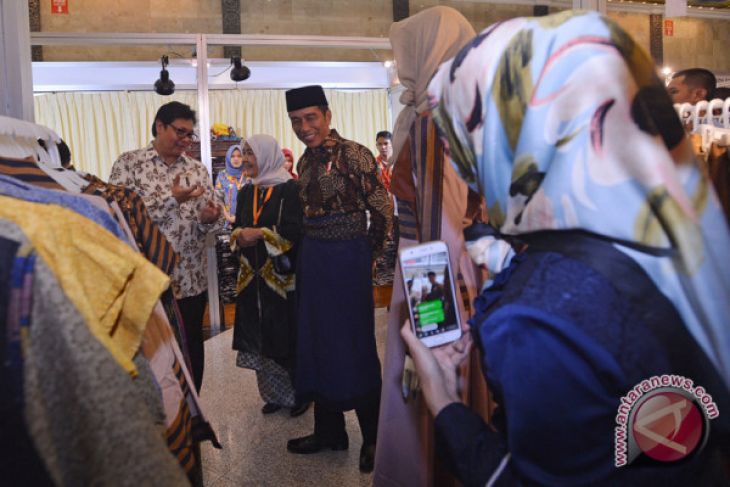 Jakarta: The Indonesian Ministry of Industry is seeking to increase the export of Muslim apparels by 10 percent this year.

“Indonesia must boost the export of Muslim fashion products to become the highest in the world, in order to be able to become a world Muslim fashion center,” Industry Minister Airlangga Hartarto noted in a statement here on Thursday.

Global Islamic Economy predicts that the world Muslim fashion market will grow to US$327 billion by 2020.

“In view of that, we will continue to encourage Muslim fashion industrialists and designers in Indonesia to continue making innovations by increasing their productivity and strengthening their brands to be able to penetrate the export market,” he noted.

The minister remarked that he was optimistic that the Muslim fashion industry in the country will continue to grow to contribute significantly to the fashion sector and the national economy.

The industry ministry has facilitated 12 Muslim fashion brands from various regions to participate in the the Muslim Fashion Festival (Muffest) 2018.

“I think the event has contributed quite much to the growth and development of the national Muslim fashion industry, especially in producing new, creative, and innovative designers and entrepreneurs, “he revealed.

Export of Muslim fashion products reached US$13.29 billion in 2017, up 8.7 percent from the previous period.

“As one of the countries with the biggest Muslim population in the world, Indonesia has a big opportunity to become the world`s Muslim fashion center by 2020,” he added.

Indonesia, at present, is the fifth biggest exporter of Muslim fashion products among members of the Organization of Islamic Cooperation after Bangladesh, Turkey, Morocco, and Pakistan.