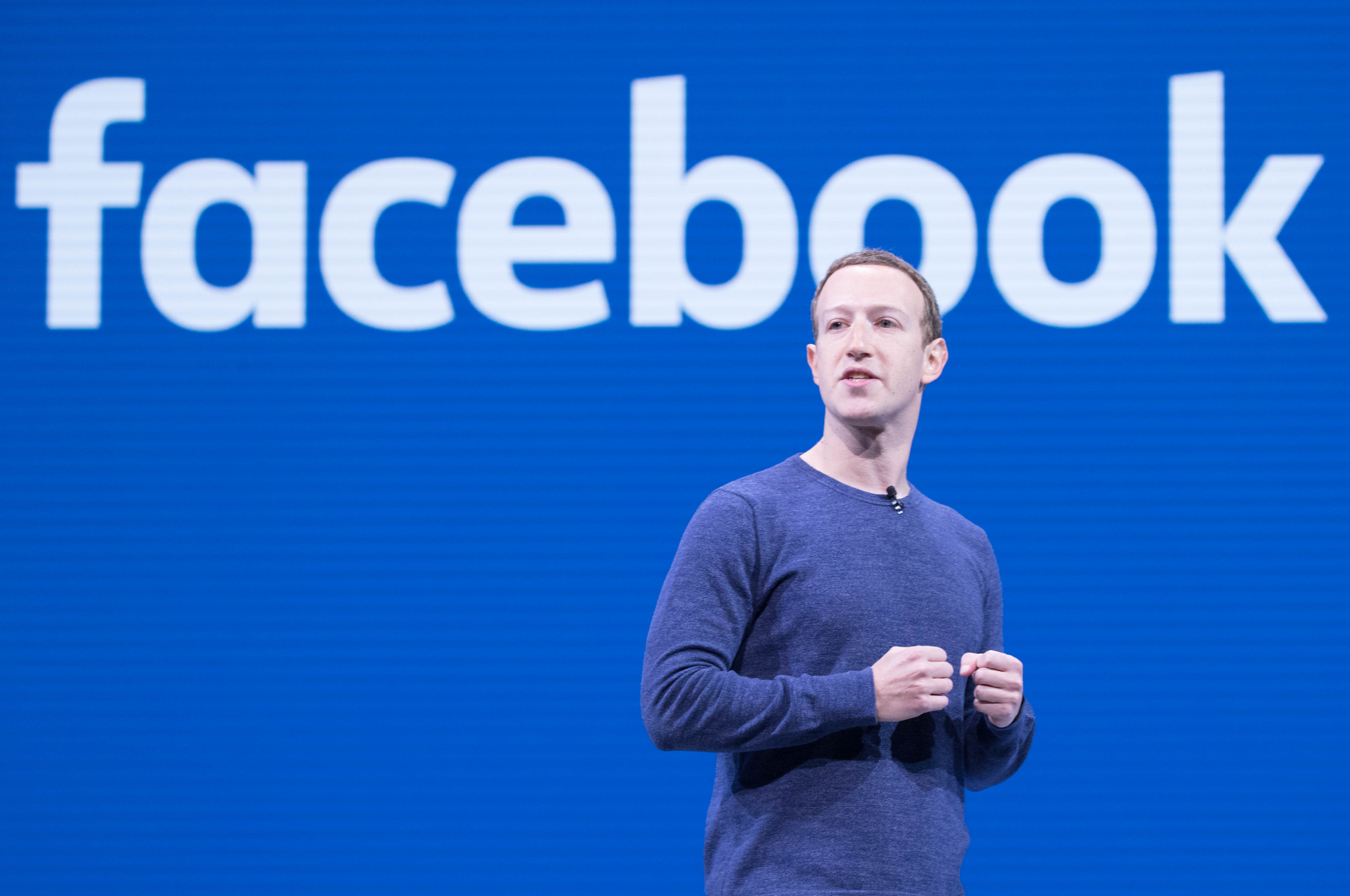 As part of an ultra-rebrand, Facebook has changed its name. Facebook’s CEO Mark Zuckerberg has announced that Meta is Facebook’s new identity. What has inspired this change? Facebook is looking to expand its services to beyond social media into the world of virtual reality (VR).

There is no need to expect a change in our social media platforms, namely Facebook, Instagram and WhatsApp – it is the parent company which owns them which has changed its name. Zuckerberg announced the new name to reflect & encompass the notion of the “metaverse”. The metaverse is an online world where people can game, work and communicate in a virtual environment often using VR headsets.

Interestingly, it is from the Greek word for “beyond” that we get the term “meta”. It is believed in Silicon Valley that the metaverse is the future of the internet, a possibility for our future were we to go beyond our current vision of the internet.

Zuckerberg stated, speaking of Facebook’s existing brand that it “could not possibly represent everything that we’re doing today, let alone in the future” – this is what has summoned the change according to the CEO.

“Over time, I hope that we are seen as a metaverse company and I want to anchor our work and our identity on what we’re building towards,” he told a virtual conference.

“We’re now looking at and reporting on our business as two different segments, one for our family of apps, and one for our work on future platforms. And as part of this, it is time for us to adopt a new company brand to encompass everything that we do, to reflect who we are and what we hope to build.”

What would the metaverse look like? We would first see that people in a metaverse would use a headset to enter the virtual world. This would replace the computer as through these headsets it would be possible to connect to all types of digital environments. The virtual world shouldn’t just be limited to play – this new way of interaction could include work, concerts & socialising with family and friends.

Facebook has also stated that it will be hiring 10,000 people in Europe to work on the “metaverse”. We should expect Facebook to start trading shares with the new stock ticker MVRS from December 1st 2021.

Current VR is mainly used for gaming – this virtual world really doesn’t have any boundaries. The possibilities are endless as we choose more human experiences to become virtualised. This virtual world could comprise of work, concerts or just simply spending time with friends & family.

Many envision 3D avatars as representing ourselves in this virtual world. Since the metaverse is just an idea, there is no single agreed definition of the metaverse.

Facebook Becomes Meta: Why is it suddenly a big thing?

It has been witnessed that virtual reality often receives an influx of attention every few years, what is different about these times? Now the focus on virtual reality belongs to wealthy investors & big tech firms. Essentially no one wants to be left behind if VR truly does become the next boom in tech.

What about the technology, does it yet exist?

In recent years, VR has come a long way. Today, the more expensive headsets (think Oculus) can seduce the human eye into perceiving three-dimensional players moving around the virtual world.

We have also seen VR reach our purse strings; a popular Christmas gift in 2020 was the Oculus Quest 2 VR gaming headset. OVTZ (Oculus’ stock ticker) is expected to jump 134% in the next 5 years.

We have recently seen NFTs hijack our social & economical landscapes. It has been discussed as a possibility through NFTs to privatise & sell virtual reality spaces in video games, essentially online rent/ownership of property & land within the virtual world. In this sense we can understand NFTs as to pointing to the possibilities for VR in the future.

As of now, everything is still in its early stages. We see here with Facebook’s name change that the possibility for a metaverse is being endorsed by the big tech giants however this is only the beginning. It will be in the next few decades that we shall witness the evolution of the metaverse. Facebook estimates that this VR world, namely the metaverse, will take another 10 to 15 years.

Facebook has a history of purchasing rivals however it claims that the metaverse must be a collaborative effort which “cannot be built overnight by a single company”. This is evident in Facebook’s recent investment of £36.3m in funding non-profit innovation & business to bring visions of the metaverse into a reality.

It seems that Facebook has made constructing the metaverse one of its main points of focus. In case you didn’t know, Facebook owns Oculus. We have seen Facebook make investments in Oculus to allow for the headsets to sell at a competitive price. According to some analysts this may even be at a loss.

This signifies Facebook’s strong vision & belief for the metaverse. To accompany Facebook’s VR world, the company has also been building apps to allow for social gathering & workplace duties. Facebook is also working on apps to interact with the real world too.

When we talk about the metaverse we are not just restricted to gaming environments. There isn’t a strongly defined idea of what the metaverse might be & hence there are many ideas floating about. In this sea of notions, we have been told about the possibility of human interaction & virtual social events.

Facebook has been trying out a VR meetings app called Workplace which aims to take conference meetings into the virtual world. Workplace aims to allow users to still use their real-world computers within this virtual space. Horizons, another experiment from Facebook, is an app for socialising. Both of these apps use virtual avatar systems. Avatar systems are interactive characters in virtual worlds which allow for customisation by a user.

Another VR app, VRChat, is completely committed to providing an online space for hanging out & conversing with no purpose other than exploring environments & meeting people. Other applications may be waiting out there, ready to be discovered and redefine a segment of our current human experience.

Is there any opposition to Facebook’s metaverse future? What about competition?

Opposition to Facebook’s metaverse can be found inside the company itself. Roger McNamee, previously an advisor to Zuckerberg & one of Facebook’s early investors, does not welcome the idea of the metaverse. He described it as “dystopian” & told the BBC,

“It’s a bad idea and the fact we are all sitting and looking at this like it’s normal should be alarming everyone.”

This is a striking comment to come from someone who used to advise Mark Zuckerberg. It is clear that Facebook is determined to own our VR future before innovation for such a future exists. This kind of tunnel vision whilst coupled with the financial & technological power of Facebook leaves many of us in the dark about a reality we could face in a few decades.

McNamee focus evolved to becoming more critical of Facebook overtime due to elements of misinformation. He stated he wasn’t fully assured that the metaverse would be safe in chief executive Mark Zuckerberg’s tenure.

It was only a few years ago that we saw the introduction of GDPR in 2018 after Facebook’s privacy scandals. In the years which followed Facebook hasn’t necessarily been able to clear its name of scandals regarding privacy to the point that an ex-advisor of Zuckerberg is distrustful of the company & the CEO’s intentions.

Can the aspirations for a less flat & more interactive internet really be detrimental to us & our future in the technological sense?

Coined in the 1990s in a sci-fi novel Snow Crash, the term “metaverse” served as a virtual reality successor to the internet. Innovation hasn’t yet got us to the point of a developed & working metaverse, but it seems that most of the funding behind this VR world comes from Facebook.

To prevent a monopoly over a reality world that doesn’t yet exist there must also be competition for this not yet manifested metaverse. Tim Sweeney, CEO of Epic Games (which makes Fortnite), has been documented as speaking about his own metaverse aspirations.

Speaking with the Washington Post, Sweeney envisions the possibility where a car manufacturer could advertise their vehicles through VR experience. Here potential buyers could test-drive vehicles & drive around the VR world to later purchase it in the real world. This could be extended to trying clothes on when you go online shopping. You could try on your digital clothes to later purchase them to arrive in the real world.

Some people may be suspicious of Facebook’s switch to Meta as this change follows a series of negative accounts concerning Facebook based on documents leaked by an ex-employee. Whistle blower Frances Haugen accused Zuckerberg of having “unilateral control over 3 billion people” & that Facebook places “profit over safety”.

This demonstrates the sheer power & influence of Facebook already. There is a possibility that Facebook has changed its name to also distinguish itself from its scandalous history.

There is also a chance that this name change is an attempt at lessening antitrust scrutiny. In 2015, Google introduced Alphabet, the parent company to the search engine conglomerate. Back then it was speculated that this was carried out in an act of protection against antitrust investigations.

Disclaimer: The views of the author do not necessarily reflect the views of Halal Incorp.