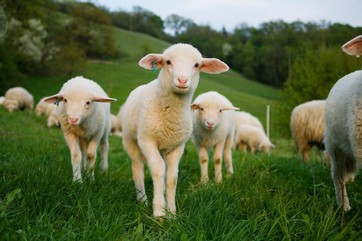 The Halal sector is currently booming and will remain to do so for the foreseeable future. Meat and all related aspects to it are particularly important to Muslim consumers. Many Muslims spend a considerable amount of money and disposable income on the purchase of meat and it is a staple within many Muslim households. When purchasing meat Muslim consumers have a strong focus on buying Halal meat as per instruction of the Islamic faith. This is comparable with other faiths such as Judaism where its adherents tend to only eat Kosher food, which uses similar methods to slaughter animals for food consumption.

The most popular type of meat purchased by the Muslim community is sheep and lamb. Nationally throughout the UK Muslims account for around a fifth of sheep consumers. According to the Census (2011) there are around just under three million Muslims in the UK. The Muslim population continues to expand in Britain as well as throughout the rest of Europe.

The Muslim festivals of Ramadan and two Eid’s are significant time periods when sheep and lamb meat as well as chicken are sold in extra large quantities. One of the main festivals is Eid Ul Adha. This is an annual festival which coincides with the Hajj period which entails a holy pilgrimage to the cities of Mecca & Madina in Saudi Arabia. The annual Hajj pilgrimage symbolises the duty of a Muslim to ‘follow in the footsteps of Abraham’. At the end of the Hajj period Muslims pilgrims undertake the Qurbani (sacrifice). Many of the animals that are sacrificed as part of this holy tradition are sheep and cattle worldwide.

Halal meat & processing is often misunderstood and misrepresented in wider society. All Muslim abattoirs have a religious duty and should adhere to strict methods when slaughtering animals that range from sensitivity around other animals, implementation of high standard machinery and tools, ethical treatment before slaughter amongst other aspects. Animal, meat producers & processors need to recognise the importance and potential the Muslim meat consumer segment holds economically in British markets as there is huge growth potential.