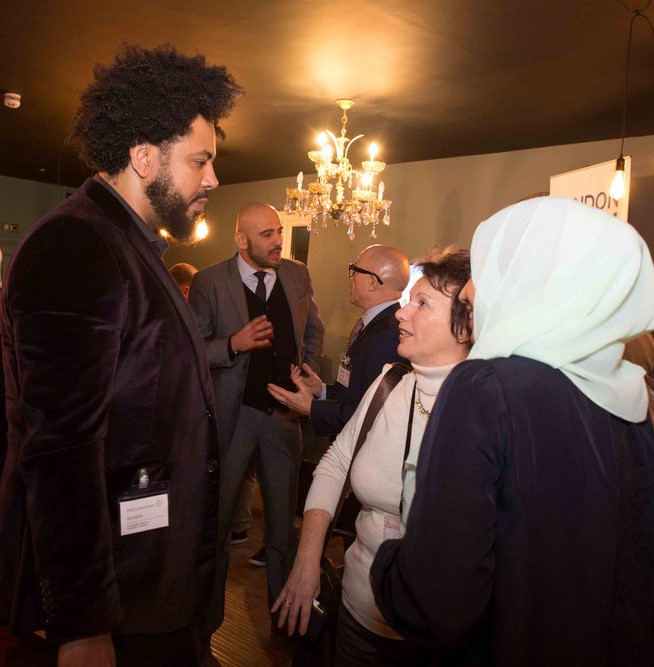 Islamic Economy Event: London based Algebra Consulting is organising a prestige networking event at the heart of the capital in London. The event will take place in the world renowned Arab-British Chamber of Commerce in Mayfair. The event is poised to connect British and international entrepreneurs, businesses and traders.

The Islamic economy networking evening will create avenues to strengthen British business as well as create accessible opportunities to network with key players from around the globe.

The networking event is a part of Algebra Consulting’s annual industry gathering of economic activators and now in its fourth year. This event is an important platform for budding entrepreneurs and businesses. The extravaganza will be attended by a vast array of key stakeholders across diverse industries and professions such as:

The Chamber has a unique function in the promotion of bilateral trade and investment between Britain and Arab countries. To achieve this, they work in close co-operation with government ministries, official trade and investment bodies, Arab diplomatic missions in London, the British Chambers of Commerce, the League of Arab States, leading Arab businesses and Chambers of Commerce in the Arab world.

Algebra Consulting has produced some of the most iconic events and platforms related to the Islamic economy held in the UK. Some of those events include the London Muslim Shopping Festival (previously known as the London Muslim Lifestyle Show), London Eid Festival,  Modest Fashion Live and the world famous London Halal Food Festival.

“Over the last few years we have produced and delivered a range of events providing platforms for Islamic economy orientated businesses to showcase their products and services. These events have received international praise and media coverage. By working with the Arab-British Chamber of Commerce we aim to help bridge the networking gap and create avenues for economic partnerships and prosperity. Our event will allow SME’s to come together, share best practice and potentially create new ventures and partnerships.

The Islamic economy is one of the fastest growing global sectors. It can create space for the development of Halal businesses and provides ample opportunities for start ups, established entities and entrepreneurs to maximise reach and achieve high levels of return on investments.

The Islamic economy networking evening event will be delivered by Algebra Consulting who provide support to for brands and services in the UK and around the world, looking to access the Islamic economy and Muslim consumer markets.