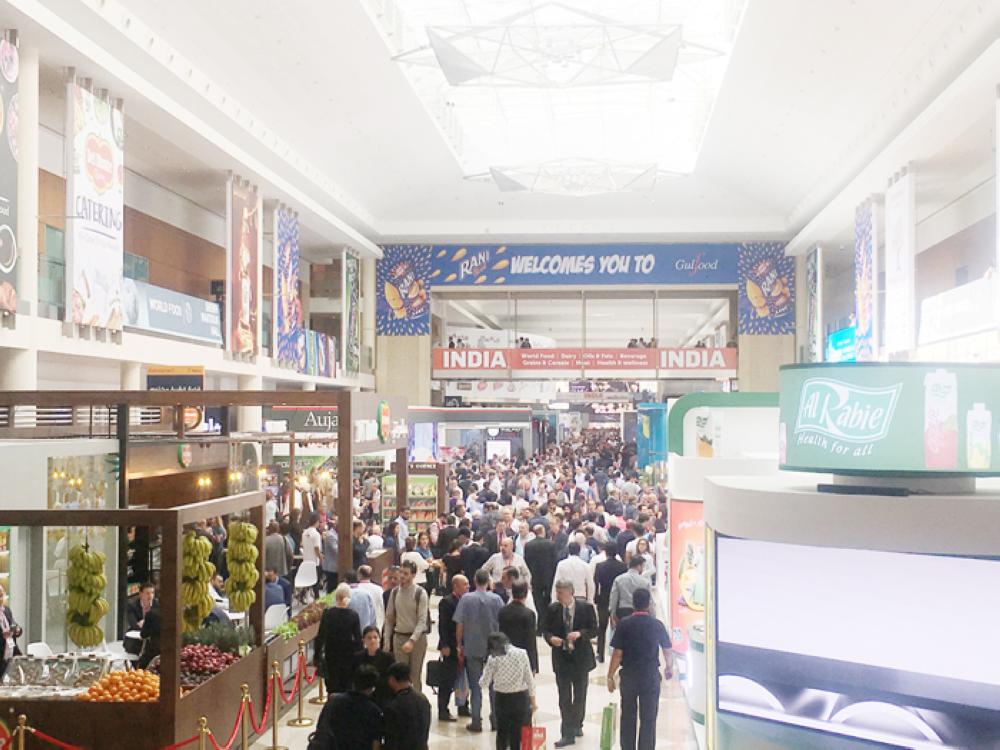 “Now we are focusing on international business with the experience we have built over the years as the market leader in Saudi Arabia and we believe we have what it takes with our success story,” Khalid Temairik, CEO at Basamh, told Saudi Gazette.

“We want to empower Saudi women and take it beyond that. We have what it takes to penetrate other markets. We are in the GCC- Kuwait, Bahrain, UAE and next month we are launching in Oman. Iraq has huge potential,” he added.

Goody’s acquired a company in South Africa and introduced its products to the local market gradually. “We have grown the business by five folds already,” he revealed. “For Europe, we are going to reverse the process. We want consumers to try our products first. Be it through restaurants or other strategies we have in place we want to make sure they enjoy the experience as much as the product,” he said. Goody’s top five best sellers are tuna, pasta, condiments, peanut butter and a range of canned vegetables.

“This is our second year at Gulf Food and it has been amazing. We just launched a date spread and a variety of peanut butter spreads that will be available across the country,” Fatemah Bolos, Integration Manager at Goody’s told Saudi Gazette.

According to Trixie LohMirmand, Senior Vice President, Exhibitions & Events, DWTC, local production is already on the rise and there has been a significant rise in demand for raw ingredients. “The direction outlined in the National Transformation Programme 2020 will create expansion and partnership opportunities for overseas suppliers to further consolidate their positions in the most populous country in the region,” LohMirmand said.

The Kingdom remains the GCC’s largest importer of food. With Saudi’s population forecast to rise almost 2% to just under 35 million by 2020, according to the United Nations, the focus has shifted to strengthening domestic production which has seen a significant increase in demand for raw ingredients.

Further demand is expected to emanate from the planned NEOM mega city, which has food as a key focus. The first phase of the project is due to be delivered in just seven years’ time.

“This year’s Saudi participation includes some of the biggest names in the Kingdom and the region including AlMarai, Al Rabie, Al-Watania and SunBulah, as well as many innovative new market entries. The evolving nature of the country’s food sector suggests this level of representation will continue to grow. Most of these brands are already familiar names on supermarket shelves throughout the GCC and certain parts of the Middle East, through Gulfood, however, their geographic reach could expand much further,” LohMirmand added.

Another prominent Saudi brand exhibiting at the fair was Tema, part of Qoot Al Youm. Participating for over five years at Gulfood, Ahmed Alamawi, brand manager at Tema spoke to Saudi Gazette about its success at the fair.

“What we have is the most traditional, almost heritage product. Halawa is one of the most popular food items in the Arab world. People are looking to distribute it to different countries. So the fair has helped us greatly with the exposure. We have four brands including Tema, Nadiya dates, Meallim Maamoul and Sweets. Tema specializes in Tahina and has been in the business for over 60 years,” Alamawi said. “You’ll find our brand in every Arab household or at least of those who have lived in the Kingdom. Nadiya dates are our luxury product. The date boxes can be customized and they make a great gift item. Meallim specializes in Arabic sweets and mostly Syrian and shami flavors. At the same time we are a sales company. We import major food ingredients under Qoot, and selling it to B2B only. We have more than 70 items,” he added. Try the new Tema products including the plain and chocolate infused halawa spread available in stores across the Kingdom.

Featuring more than 5,000 regional and international exhibitors across eight segments, including Beverages; Dairy; Fats & Oils; Health, Wellness & Free-From; Pulses, Grains & Cereals; Meat & Poultry; Power Brands and World Food, eager to get their slice of a growing global food market, which is one of largest manufacturing sectors, contributing USD77.5 trillion to the world economy in 2017 according to the Gulfood Industry Outlook Report, and is forecast to grow at a Compound Annual Growth Rate (CAGR) of 2.9 per cent from 2017-2030. This is driven in part by rising populations in emerging markets within Asia Pacific and Middle East and North Africa (MENA) regions and a shift towards packaged and convenience foods. The UAE F&B market meanwhile, is forecast to reach USD13.2 billion by 2018, according to a KPMG report. Gulfood also featured Halal World Food, the world’s largest annual Halal food sourcing trade show; the annual Emirates Culinary Guild International Salon Culinaire, the world’s largest single-entry chef competition; the World Coffee Events’ 2018 Cezve/Ibrik Championship and the Gulfood Innovation Awards, which recognise best-in-class excellence and innovation across the region’s F&B industry with a glittering awards ceremony at the Madinat Arena.

The Middle East & Africa: Cold chain services are changing MEA consumer choices as frozen processed halal meat and poultry, cold drinks and flavored milks increase in popularity. Foodservice is also growing with the entry of many international chains influencing in-home consumption of more traditionally western food choices. Demand for portable bottled water is expanding in major cities particularly in the UAE and Saudi Arabia due to the high number of visitors and pilgrims. While young consumers, particularly in Sub-Saharan Africa, have adopted mobile and internet-based services as the key channel to communicate with brands and delivery services.