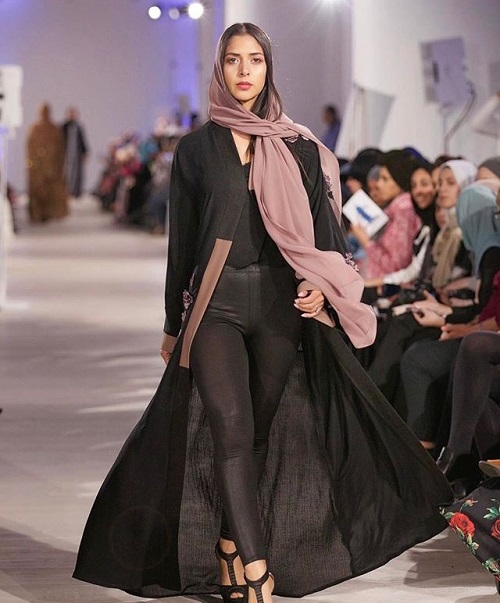 London: The Saatchi Gallery in London was full of excitement and fashion fervour. During the 18/19th of February hundreds of people attended the London Modest Fashion Week. The event hosted a diverse range of modest fashion centred on Islamic principles. There were a variety of colours and designs showcasing the best of Islamic fashion ranges, hijabs and abayas. There was an impressive host of models who exhibited different ranges of fashion through the catwalk shows. Modest fashion is on the rise and is one of the fastest growing segments in the fashion industry. Only recently modest fashion designer range Aab had secured a contract to display their products in the high street chain stores of Debenhams. 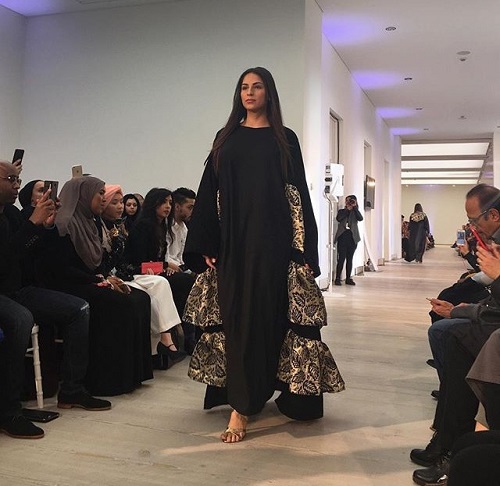 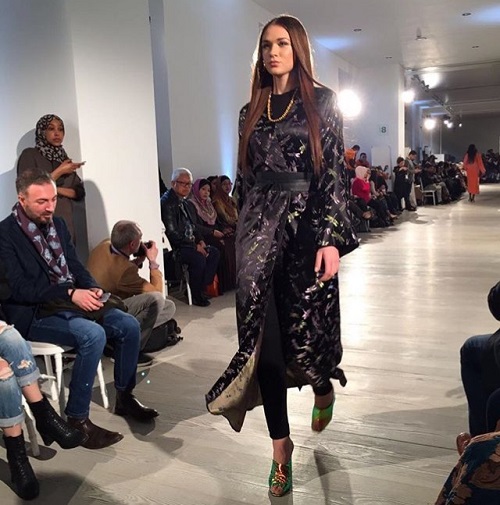 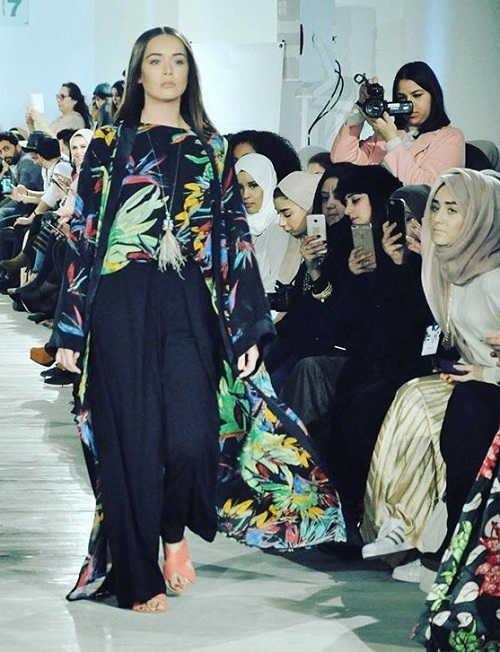 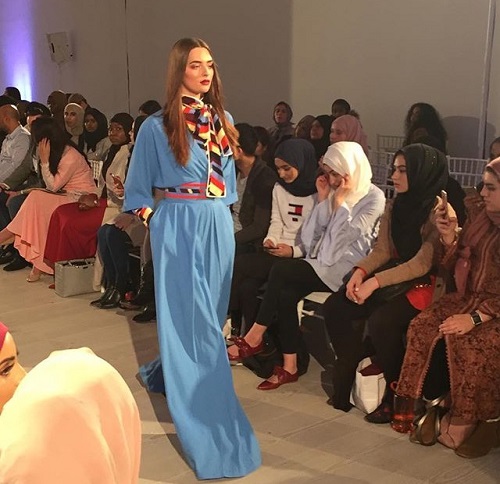 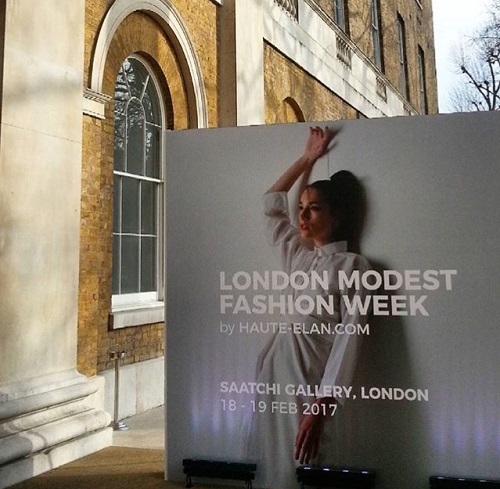 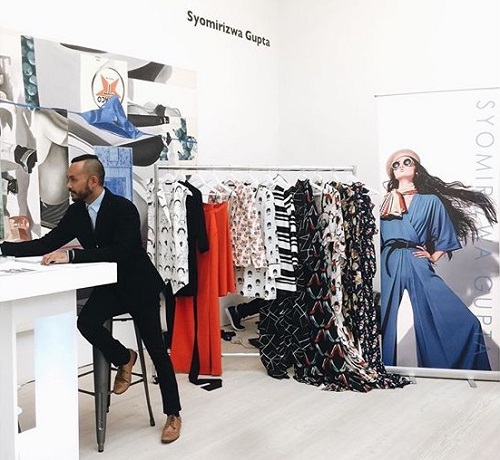 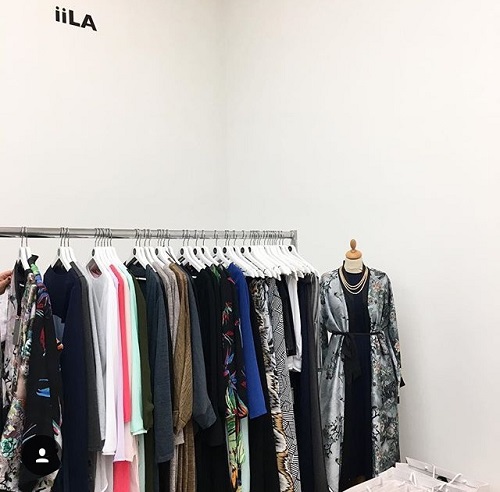 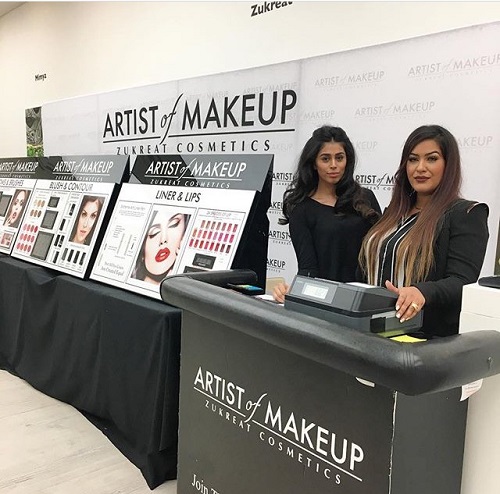 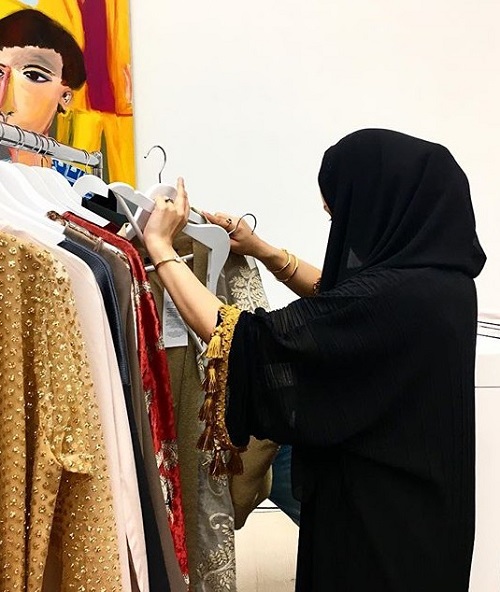 Modest fashion has been on the rise over the last few years where companies such as H & M have included hijabi models in their advertisement campaigns. Other mainstream stores also featured clothing such as the ‘burkini’. Modest fashion is now ‘coming into its own’ and commanding a place in high street stores, online and retail outlets. Modest fashion is not an exclusive choice for Muslim women alone. There are also large numbers of non-Muslim women who are choosing to wear modest apparel.

The London Modest Fashion Week, 2017 was a unique showcase and amongst the first events of its kind paving the way for similar events to come to fruition in the coming months and years. There were around forty designers who showcased their brands and styles at the event in London. Alongside the designers, stylists and entrepreneurs there were also a number of modest fashion bloggers and fashionistas present also.

Dina Torkia and Nabilla Bee were some of the well-known Muslimah bloggers who were attendees at the event. The blogging sphere and context around modest fashion is also on the rise with many young women commanding an online presence and thousands of followers on social media platforms such as YouTube and Instagram amongst others.

Romanna Bint-Abubaker, who is the founder of modest fashion website Haute Elan was the innovative mind behind the event. She told Sky News: “The fastest growing global consumer is at the moment the Muslim market. One in three people by 2030 will be a Muslim in the world that’s a huge population.”

The rise of ‘Generation M’ as Shelina Janmohamed Vice President of Ogilvy Noor describes it is now becoming more apparent in society. Young Muslim millennials are looking for products and brands which are trendy, innovative and also in line with their Islamic values.

This has created a gap in the market where mainstream brands have overlooked the Muslim market. Many Muslim and even non-Muslim savvy entrepreneurs have created start-ups to plug this gap and gain a share of the market. The Islamic Global Economy continues to rise and is estimated to reach $3.7 trillion by 2019. This is now a prime opportunity for entrepreneurs and those who have an interest in business to enter the market and make their mark through unique and innovative brands.