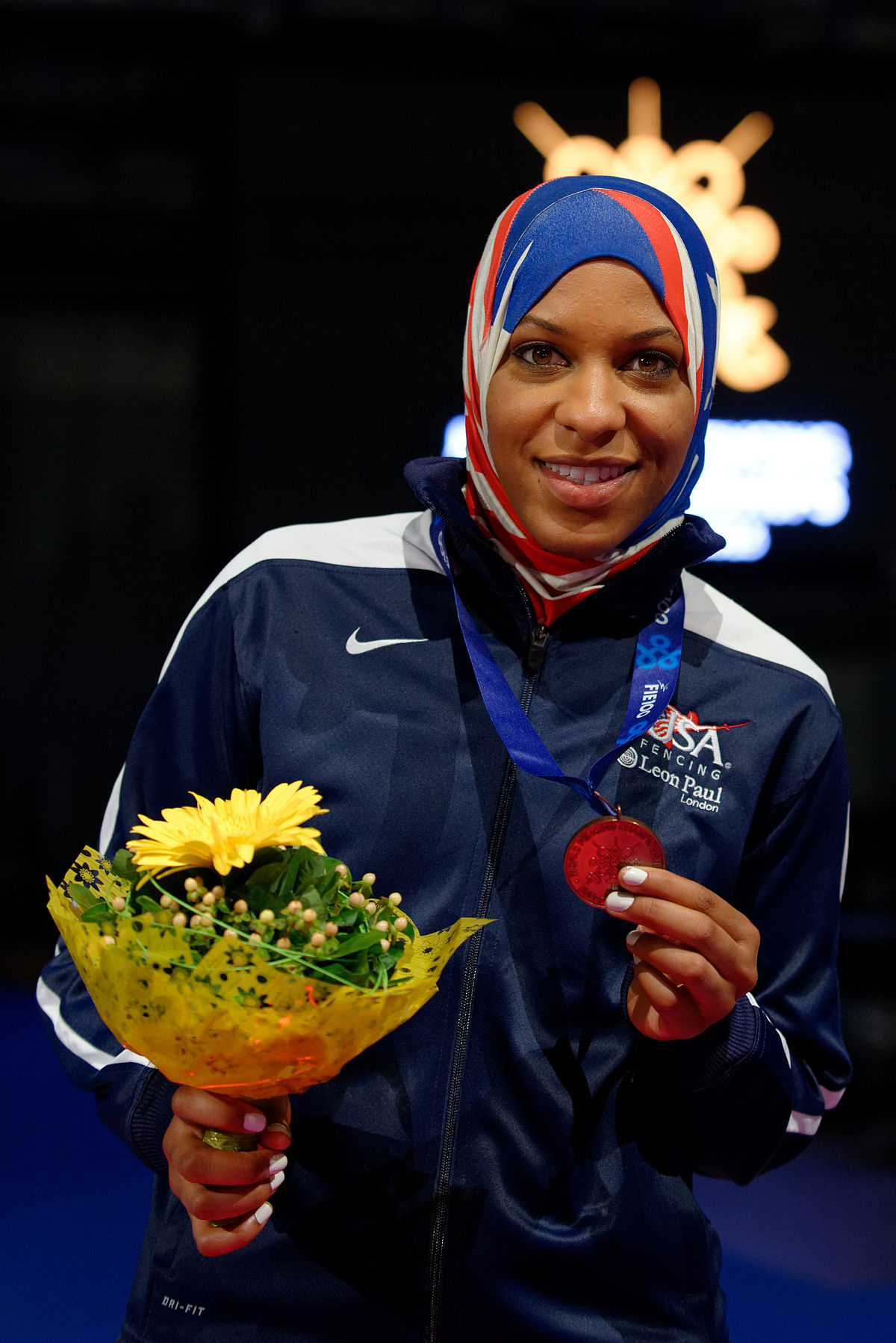 Ibtihaj Muhammad was born on December 4th, in 1985. Her place of birth was in Maplewood, New Jersey. Her parents were born and raised in the U.S. where they later converted to Islam. Eugene Muhammad, her father, once served as a police officer. On the other hand, Denise, her mother worked as an elementary school teacher. She is one of five children born to parents Eugene and Denise Muhammad.

From a young age, Muhammad had a competitive streak and loved sports. However, participating in sports at school sometimes conflicted with her religious observance to dress modestly. Often when playing sports, her mother Denise had to alter the uniforms to add long sleeves or covering for her legs.

When she was 13, Muhammad and her mother discovered fencing when they saw a high school fencing team practice as they drove home. “The kids were wearing their long pants and hats, and my mom just thought, ‘This is perfect,'” Muhammad said. “That’s where it all began.”

Fencing was an ideal opportunity to participate in sports while wearing a hijab. Unlike when she played other sports, she also did not feel out of place amongst her teammates. After that, she became a member of the Peter Westbrook Foundation in 2002. This is a foundation that helps people to improve their life skills by merely using the fencing sport. The foundation opened doors for her as she got the opportunity of training with elite athletes within the program.

Due to traditional beliefs, Ibtihaj’s parents thought that the best sport for her would be one where she covered her entire body. As a result, she resorted to fencing. Ibtihaj Muhammad went to Columbia High School situated in Maplewood. She graduated from her class in 2003. Later, she went ahead and joined Duke University. She graduated in 2007 with dual bachelor’s degrees in international relations and African-American studies with a minor in Arabic. During her first year at college in 2004, she earned All-America honors with a record of 49-8.

From there, she went on to obtain second place at the mid-Atlantic/South Regional and 21st at the Junior Olympics. The following year, she finished 11th for saber at the NCAA Championships, and earned her second consecutive All-America honors. A third would come in 2006.

Sooner or later, she obtained a scholarship to study at Duke University. Her success in the fencing sport granted her the opportunity of receiving a scholarship from the university. She was a junior Olympic Champion. In 2010, Ibtihaj joined the U.S. National Fencing Team. Currently, in the U.S. she is ranked as the third-best fencer. Globally, she is ranked 23rd.

Cécilia Berde defeated Ibtihaj Muhammad during the 2016 Summer Olympics. However, she managed to bag home a bronze medal. Regardless of the loss that she suffered, she attracted attention to her side. Ibtihaj earned immense recognition for being the first woman to participate in Olympics competition while wearing a hijab.

Besides being on the court, Ibtihaj Muhammad is also an entrepreneur. Together with her siblings, they established a clothing company called Louella. Similarly, she is a sports ambassador trying her best to motivate women and young girls through sports. Ibtihaj has toured a number of nations empowering them about the benefits of education and sports. She has also penned two books which talk about her life.