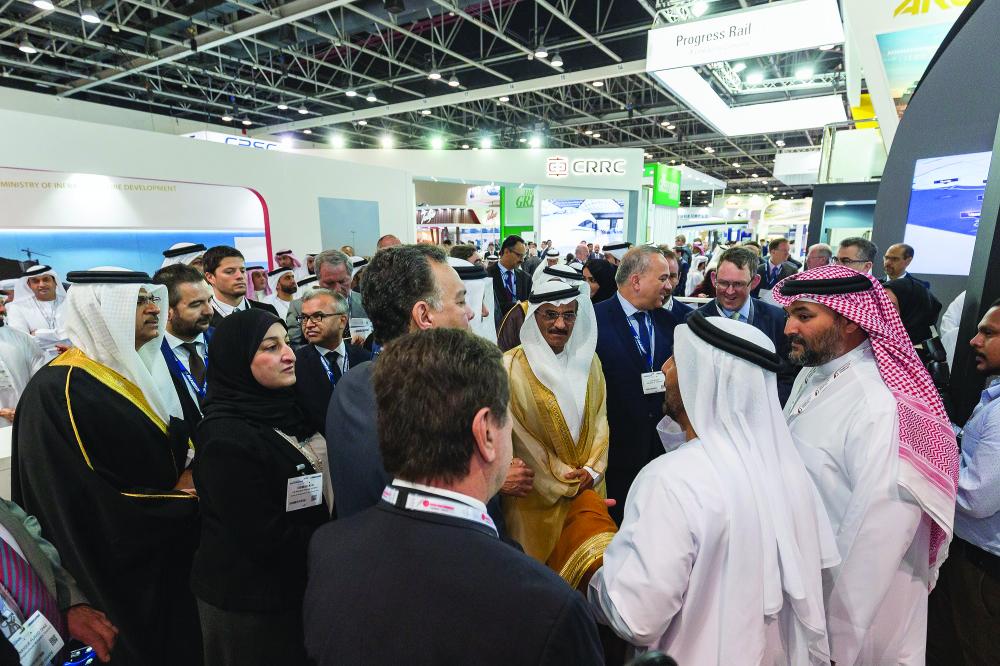 The show will be held under the patronage of Sheikh Mansour Bin Zayed Al Nahyan, deputy prime minister, minister of presidential affairs, UAE and in partnership with the Ministry of Infrastructure Development and the Federal Transport Authority — Land & Maritime.

“We are proud to play a leading role in providing a platform to the industry to identify problems, propose solutions, promote collaboration, develop and harness innovative technology in transportation infrastructure. This will also help us build regional railway networks on a par with the highest standards of quality, safety, and efficiency.”

Keeping up with the industry trends and to accommodate increased interest, the show has expanded in scope for the 2018 edition. The organising committee has introduced two new streams that will feature Passenger Information Systems and Transport Ticketing Systems that cater for the needs of modern passengers.

A series of interactive sessions have been designed to introduce technological disruptions and provide updates on rail contracts worth $16 billion planned to be awarded in 2018 in the MENA region – according to MEED Rail Report 2018.

Jamie Hosie, general manager, Terrapinn Middle East, organizer of the show, said: “The railway supply market in the Middle East and North Africa region is expected to grow at over 3% annually for the next four years on the back of several big-ticket projects in pipeline. The UAE has the second largest transport pipeline in the Middle East, with 15 ongoing and upcoming railway projects worth $13.9 billion as of November 2017.The regional governments are pressing ahead with their domestic rail projects and stalled projects are going to regain momentum. Middle East Rail is the place to be to learn, network and discover new business opportunities.”

Industry experts from Europe, India, Middle East and Asia will share insights on privatisation, digitalization, modernisation and pioneering the future of Mobility 4.0. throughout two days of keynotes, open discussions and research sharing sessions.