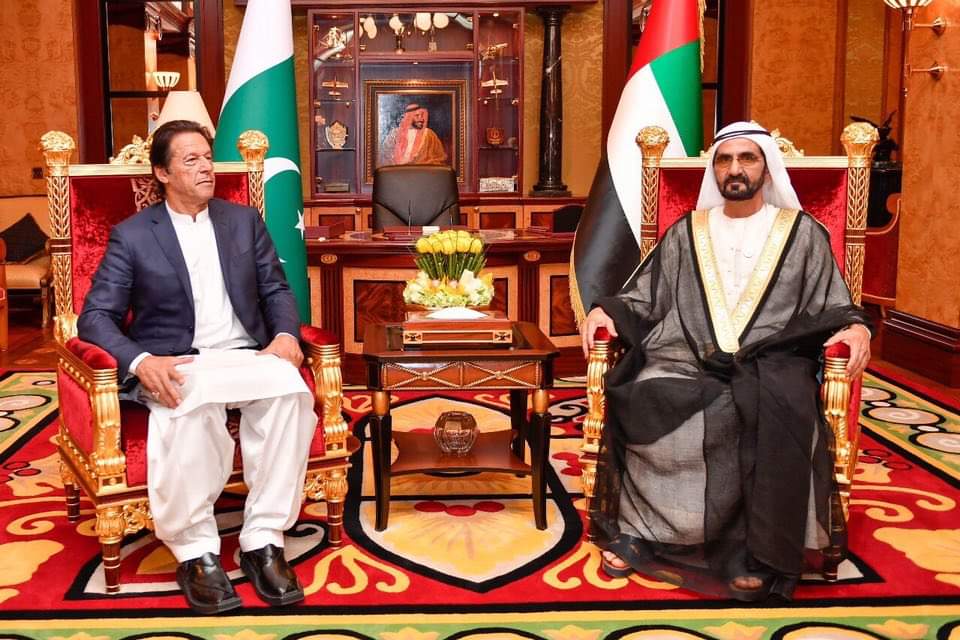 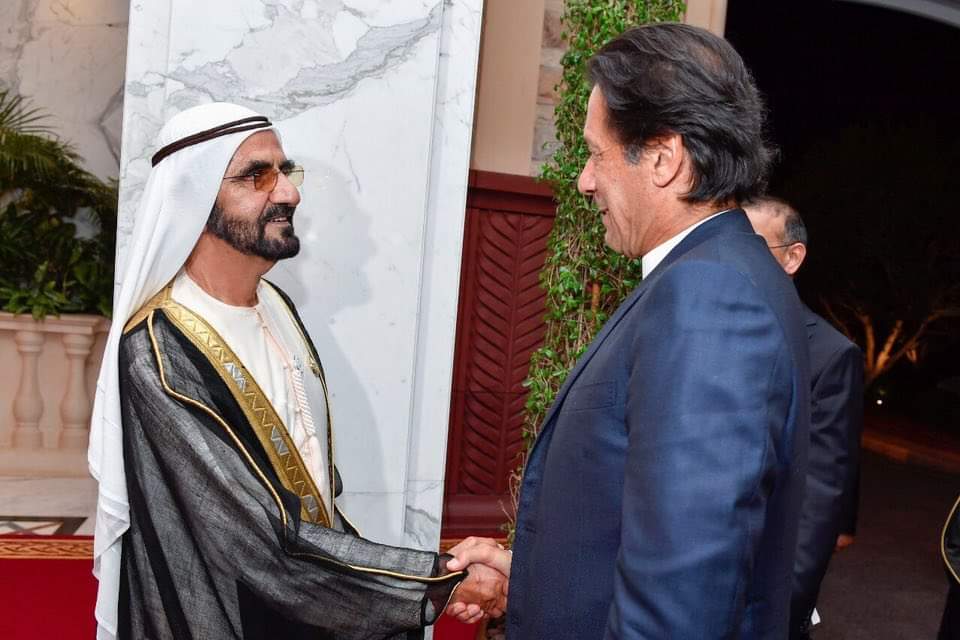 Prime Minister Khan also visited Sheikh Zayed Mosque, and the Martyrs’ Memorial where he paid homage to Emirati heroes who had sacrificed in the service of their nation.
Delegation level talks with Crown Prince His Highness Sheikh Muhmmad bin Zayed focused on all areas of bilateral, regional, and global interest.
Expressing satisfaction at the positive trajectory of relations, the two leaders agreed to take immediate measures to further elevate their historic partnership. They resolved to strengthen trade and economic ties and eliminate all impediments to seamless flow of trade and investment between the two countries.
They expressed satisfaction over the fruitful outcome of the visit of the high-level UAE economic delegation to Pakistan recently and reiterated their resolve to transform the existing special relations into a Strategic Long-Term Economic Partnership by adopting a direct, transparent and time bound approach.
The two sides agreed to chalk out a comprehensive roadmap to accelerate cooperation and partnership in areas encompassing trade, investment, economic development, energy, infrastructure and agriculture., with a view to accrue early dividends from the economic partnership.
Prime Minister Of Pakistan : Prime Minister Khan and Crown Prince Muhammad bin Zayed decided to hold the next Pakistan-UAE Joint Ministerial Commission, to be co-chaired by the respective Foreign Ministers in Abu Dhabi in February 2019. They further reaffirmed their commitment to hold the Senior Officials’ Bilateral Political Consultations between the Foreign Ministries and fast track finalization of pending agreements at the earliest.
The two leaders expressed satisfaction at the on-going defence and security cooperation, and resolved to explore further collaboration in the areas of training, joint exercises and defence production.
The two leaders noted that a key element of partnership between the two countries was the complete identity of views on regional and global importance. They reiterated their strong belief that only by espousing the principles of tolerance, inclusivity, non-interference and focusing on a people centric development agenda can the region attain sustainable peace and stability.
They strongly condemned terrorism in all its forms and manifestations, and expressed their resolve to work closely to root out this scourge. The Crown Prince recognized the efforts and unparalleled sacrifices made by Pakistan to eliminate terrorism and extremism.
The two sides also agreed to further strengthen their cooperation to deal with transnational organized crime, including drug trafficking, money laundering and human trafficking.
Prime Minister Imran Khan paid rich tribute to the founder and first President of the UAE, His Highness Sheikh Zayed bin Sultan Al Nahyan for his foresight and visionary leadership and his contribution towards laying the foundation of Pakistan-UAE friendship. Sheikh Zayed, the Prime Minister recalled, was a sincere friend of Pakistan, who had great love in his heart for Pakistan and its people. The people of Pakistan reciprocated this love, and continue to hold Sheikh Zayed and the leadership of the UAE in high esteem.
The Prime Minister further lauded the progress achieved by the UAE in fostering tolerance, inclusive economic development, innovation, and youth and womenempowerment. In particular, he appreciated UAE’ssuccess in promoting tourism, and leveraging technology for improved governance.
Prime Minister Imran Khan thanked the UAE and its leadership for their continued commitment to Pakistan’s socioeconomic development in the shape of Pakistan Assistance Programme. He specifically thanked His Highness Sheikh Muhammad bin Zayed Al Nahyan for his support to eradicate polio from Pakistan.
Prime Minister Imran Khan briefed the UAE leadership about his government’s people centric reform agenda including the steps being taken to eliminate corruption and promote transparency and accountability at all levels of government.

Pakistan reiterated its readiness to actively participate in Expo 2020 and extend full support to the UAE in making this mega event a great success. Pakistan offered UAE the services of its IT professionals and skilled labour, in preparing for Expo 2020.
Acknowledging the contribution of Pakistani professionals as well as skilled and unskilled workers in the development of UAE, the two sides agreed to enhance cooperation on all labour related issues.
This was the second visit of Prime Minister Imran Khan to the UAE in as many months. The visit underscored the strength and substance of the Pakistan-UAE special relationship, which is based on the spirit of mutual affection and deep trust, and rooted in age old civilizational, religious, cultural and commercial affinities.
Prime Minister Imran Khan expressed his sincere appreciation for the warm welcome and hospitality extended to him and his delegation. He reiterated his invitation to H.H Sheikh Mohammed Bin Zayed Al Nahyan, to visit Pakistan on mutually convenient dates. His Highness happily accepted the invitation.
Source: Imran Khan Official, FB