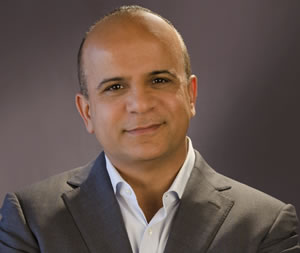 The Pakistani startup ecosystem has, despite a lot of hype and excitement among the Pakistani entrepreneurs, still not produced enough successful startups. However, there are a number of Pakistani-born businessmen and entrepreneurs that have been widely successful creating million dollar businesses from scratch outside Pakistan.

Born in Pakistan in 1969, Tariq Farid is the owner and CEO of Edible Arrangements, a US-based franchising business that specializes in fresh fruit arrangements. His company, now worth more than half a billion dollars, has more than 1,200 stores all over the world.

“In 2016 alone, Edible Arrangements is expected to ship 10.8 million orders.”

Tariq’s journey started out with a moderately-sized flower shop in East Haven, a Town in Connecticut, United States, which he bought by borrowing $5,000 from his parents. Unlike many other mega-entrepreneurs, Tariq didn’t start out with a dream of making a million-dollar business.

At that time, he was just a 17-year old trying to make ends meet. That’s when he had an idea of making edible arrangements of fruit-filled bouquets and chocolates. This idea would go on to later transform his whole life.

“Being around flowers, I started thinking about the presentation of food in different displays and, at the time, no one was thinking about scaling or turning it into a big retail business,” said Tariq in an interview with Forbes. 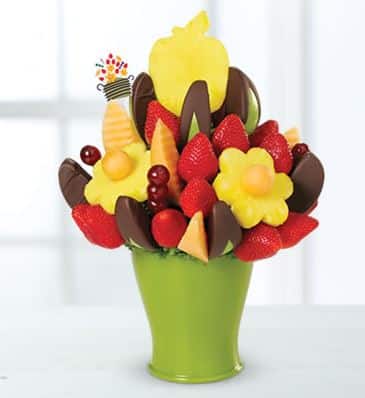 When he first started pitching his idea to people, he was turned down by a lot of people and told it wouldn’t work. He was told that “people aren’t going to pay for this and it hasn’t been done before.” Not giving up, he decided to send an edible arrangement off to floral customers just to see their reaction. The response he got was simply amazing and reinforced his belief in his own idea.

“The customers asked, “when can I buy them?” I was inspired by the customers and when someone told me it’s not going to work.”

He opened the first Edible Arrangements store in 1999. Initially, it was incredibly hard. On their very first holiday, the festival of Easter, they had to make 28 arrangements and it took them 16-18 hours to carry that out. But after the orders had been sent out, more and more people started taking interest in them.

Even after orders had started flowing in, Tariq still had a relatively small business. The real break came when a customer reached out to ask if he could build one in the American state of Massachusetts. Tariq, initially doubtful, said he would consult his attorney and send the paperwork if needed.

In truth, he didn’t even have an attorney. So he put together a document and did all the research by himself. In doing this, he learned a lot of things about franchising which he normally wouldn’t have.

“When I spoke with franchisees I knew what every word meant and that was one reason we were very successful,” he elaborates. “When I got on the phone, I knew every aspect of the document we were signing and knew why it was there and the purpose of it.

That’s where it all changed for him and Edible Arrangements. Today, Edible Arrangements is worth over $600 million. In 2013, they hit $500 million in system-wide sales for the first time. Their sales expectations for last year alone were pegged at 10.8 million orders.

It has taken Tariq 17 years to take his company to where it stands today, and still, he keeps on planning to take it even further. He says that they are currently working with a number of big companies that want to use Edible Arrangements’ products for marketing or thanking clients. Moreover, they plan to add 75-100 stores per year.

Tariq has faced many challenges along the way but has successfully managed to deal with every one of them.

“Before, everything was a lot simpler, but now you have to build a web presence and a global presence. Along the way, things have gotten very complicated and very expensive.”

Tariq Farid is a big example of why you don’t need millions in funding to succeed or to be incubated at some big-name incubators or accelerators. It also shows how the only feedback about your idea that you need is from your consumers — the people actually using your products. A lot of people laughed off at his idea in the start, but that didn’t put him off.

The question we need to ask ourselves is that would he had been as successful over here in Pakistan as he is in the United States? The problem, it seems, isn’t in the ideas or the people themselves, but in how the small business or startups over here grow and scale themselves.