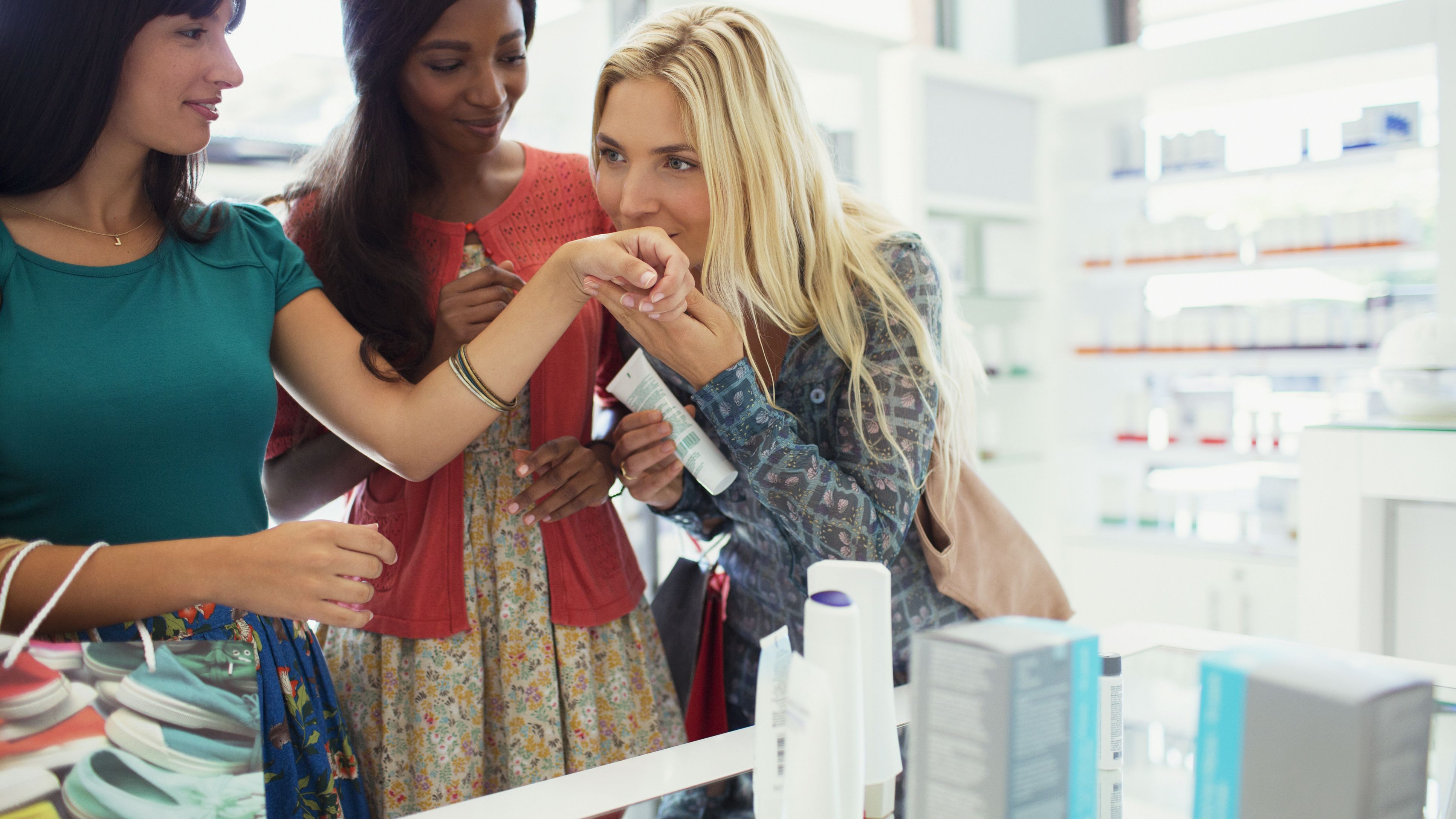 The word perfume used today derives from the Latin Per fumum meaning “through smoke”. Perfumery, or the art of making perfumes, began in ancient Mesopotamia and Egypt. More than three thousand years, a cuneiform tablet from Mesopotamia identifies a woman named Tapputi as the first recorded perfume maker. They used fragrances in every happy and sad occasion. The high class of the Egyptian Society would wear these perfumes to symbolize their status. Ancient cultures burned a variety of resins and wood at their religious ceremonies.

Incense made its way to Egypt around 3000 B.C. but until the beginning of Egypt’s Golden Age, perfumes were used only in religious rituals. They became available to all Egyptians as the priests gradually relinquished their exclusive rights. Citizens took elaborate baths and soaked their skin in scented oils for pleasure. The oldest perfumes ever found were discovered by archaeologists on the island of Cyprus. They were more than four thousand years old.

But perfumes could also be found in India at the time. The art of perfumery had existed during the Indus Civilization where the Maharaja of Malwa used on the royalties and counterparts of the harems. During the Indus Civilization, terracotta vessels were used so that fragrant plant materials were covered with boiling water and the vapours soaked the material, from which the oil was pressed or squeezed out.

The ancient Chinese infused many daily items with perfume such as the ink they wrote with and the stationary they wrote on. They also used perfume in particular spaces such as homes and places of worship. The Chinese also used perfume for disinfection and purity as they believed that perfume could help rid a room of disease. In general, they focused less on anointing their bodies with fragrance and more on using it to scent the world around them. During the Sui and Song dynasties, noble Chinese began to use personal perfumes, importing ingredients via the Silk Road. By the Yuan, Ming and Qing dynasties, fragrance use had begun to spread among the public. Oriental fragrances focused heavily on herbs and spices, many of which were also used for food and medicine.

The rise of Christianity, however, saw a decline in the use of perfume for much of the Dark Ages. It was the Muslim world that kept the traditions of perfume alive during this time and started to trade internationally. In Islamic culture, the perfume usage has been recorded since the 6th century and its usage is considered a religious duty. Muhammad(Peace Be Upon Him) said: The taking of a bath on Friday is compulsory for every male Muslim who has attained the age of puberty and (also) the cleaning of his teeth with Miswaak (type of twig used as a toothbrush), and the using of perfume if it is available.

With a rise of Islam, Muslims improved perfume production and continued to use perfumes in daily life and in practising religion. They used musk, roses and amber, among other materials. As traders, Islamic cultures such as the Arabs and Persians had wider access to a wide array of spices, resins, herbs, precious woods, herbs and animal fragrance materials such as ambergris and musk. In addition to trading, many of the flowers and herbs used in perfumery were cultivated by the Muslims — rose and jasmine were native to the region, and many other plants (i.e. bitter orange and other citrus trees, all of which imported from China and southeast Asia) could be successfully cultivated in the Middle East, and are to this day key ingredients in perfumery. Muslims started to trade internationally as a result of which the art of perfumery arrived in Europe.

Perfume for women: Soon Persians took control over the perfumery as a sign of political status and further redefined by Romans and Greek. They saw it as an art and produced in large numbers. It  was  gradually  spread throughout the world. The ancient Greeks can take credit for the first liquid perfume. But it was the development of distillation by the Arabs that made perfume manufacture viable. Perfume enjoyed huge success during the seventeenth century, especially in France. The French later gave the name “parfum” to the smells produced by burning incense.

Hygiene in those days wasn’t great and fragrances were used to mask the unpleasant body odours. In England perfumes were used extensively during the reigns of Henry VIII and Queen Elizabeth I. All public places were scented during Elizabeth’s rule because she could not tolerate bad smells. The art of perfumery was well known in western Europe since the 13th and 14th century.

28: Juliette Has a Gun Not A Perfume Perfume: Click Here

France quickly became the centre of perfume and cosmetic manufacturer. From there it started to emerge into a huge industry. The cultivation of flowers for their perfume essence grew into major industry in the south France especially in Grasse which is now considered the world capital of perfume. Perfumed enjoyed huge success during the 17th century. Perfume became very popular when Louis XV came to the throne in 18th century. His court was called “la cour parfumee” (the perfumed court).

The scent were applied daily , not only to the skin but also to clothing , fan and furniture. Madame de pompadour ordered generous supplies of perfumes and King Louis demanded a different   fragrance for his apartment every day. By the 18th century aromatic plants were being grown in the Grasse region of France to provide the growing industry with raw materials.

After Napoleon came to power exorbitant amounts of money were spent on perfume. He is said to have used sixty bottles of jasmine every month.

Perfume became very popular in England during the reigns of Henry VIII (reigned 1509-1547) and Queen Elizabeth I (reigned 1558-1603). All public places were scented during Queen Elizabeth’s rule, since she could not tolerate bad smells. The Queen took great pride in creating delightful fragrances and they displayed their skill in mixing scents.

The arts of perfume underwent major change in the 19th century. Changing tastes and the development of modern chemistry laid the foundations of modern perfumery. Perfume types reflect the concentration of aromatic compounds in a solvent, which in fine fragrance is typically ethanol or a mix of water and ethanol. Various sources differ considerably in the definitions of perfume types. The intensity and longevity of a perfume is based on the concentration, intensity, and longevity of the aromatic compounds, or perfume oils, used. As the percentage of aromatic compounds increases, so does the intensity and longevity of the scent. Specific terms are used to describe a fragrance’s approximate concentration by the percent of perfume oil in the volume of the final product. The most widespread terms are:

There is much confusion over the term “cologne”, which has three meanings. The first and oldest definition refers to a family of fresh, citrus-based fragrances distilled using extracts from citrus, floral, and woody ingredients. Supposedly these were first developed in the early 18th century in Cologne, Germany, hence the name. This type of “classical cologne” describes unisex compositions “which are basically citrus blends and do not have a perfume parent. “Examples include Mäurer & Wirtz’s 4711 (created in 1799), and Guerlain’s Eau de Cologne Impériale (1853).

In the 20th century, the term took on a second meaning. Fragrance companies began to offer lighter, less concentrated interpretations of their existing perfumes, making their products available to a wider range of customers. Guerlain, for example, offered an Eau de Cologne version of its flagship perfume Shalimar. In contrast to classical colognes, this type of modern cologne is a lighter, diluted, less concentrated interpretation of a more concentrated product, typically a pure parfum. The cologne version is often the lightest concentration from a line of fragrance products.

Finally, the term “cologne” has entered the English language as a generic, the actual product worn by a man may technically be an eau de toilette, but he may still say that he “wears cologne”. A similar problem surrounds the term “perfume”, which can be used a generic sense to refer to fragrances marketed to women, whether or not the fragrance is actually an extract.

One of the oldest uses of perfume comes from the burning of incense and aromatic herbs for religious services, often the aromatic gums, frankincense and myrrh gathered from trees. It did not take long, though, for people to discover perfume’s romantic potential and it was used both for seduction and as preparation for lovemaking.

With the arrival of eau de cologne, 18th-century France began using perfume for a broad range of purposes. They used it in their bath water, in poultices and enemas, and consumed it in wine or drizzled on a sugar lump.

Perfume for women: Although niche perfume makers remain to cater to the very rich, perfumes today enjoy widespread use—and not just among women. The selling of perfume, however, is no longer just the purview of perfume makers. In the 20th century, clothing designers began marketing their own lines of scents, and almost any celebrity with a lifestyle brand can be found hawking a perfume with their name.