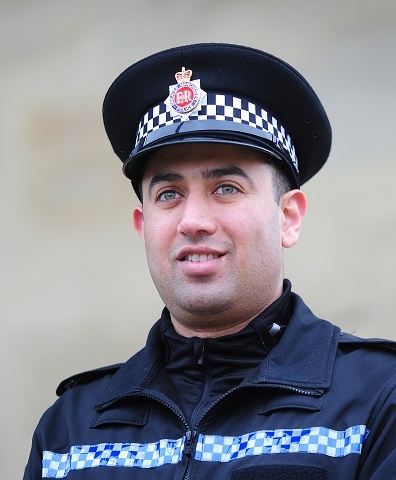 PC Mohammed Nadeem had only been in the job for nine months when he answered a radio call last February over concerns for a man near Hardy’s Gate Bridge.

Arriving first on the scene, PC Nadeem saw the man lose his footing and fall into the river.

Without any thought for his own safety, he immediately scrambled down banking and jumped into the fast-flowing, freezing water.

Over the next 20 minutes PC Nadeem, who admitted he is “not a great swimmer”, battled to keep the man from drowning and finally managed to haul him against the current to the safety of the bank.

As well as being honoured with a Pride of Manchester Award, all winners will go forward to the judging process for the Daily Mirror’s Pride of Britain Awards, in partnership with TSB, which are screened on ITV in the autumn. Since the first Pride of Britain in 1999, royalty, prime ministers, and hundreds of leading figures from showbusiness, sport, politics and the arts have all taken part.

Host Kym Marsh said of the winners: “What these people have achieved, often against almost insurmountable odds, is truly humbling. This is going to be such an inspirational celebration, and I’m thrilled to be a part of it.”

Russ Brierley, TSB Area Director, Greater Manchester, said: “At TSB we’re incredibly proud of our partnership with Pride of Manchester. Manchester is an incredibly vibrant, dynamic and diverse community and these awards are a fantastic celebration of the remarkable people doing extraordinary things that make Manchester a better place.”