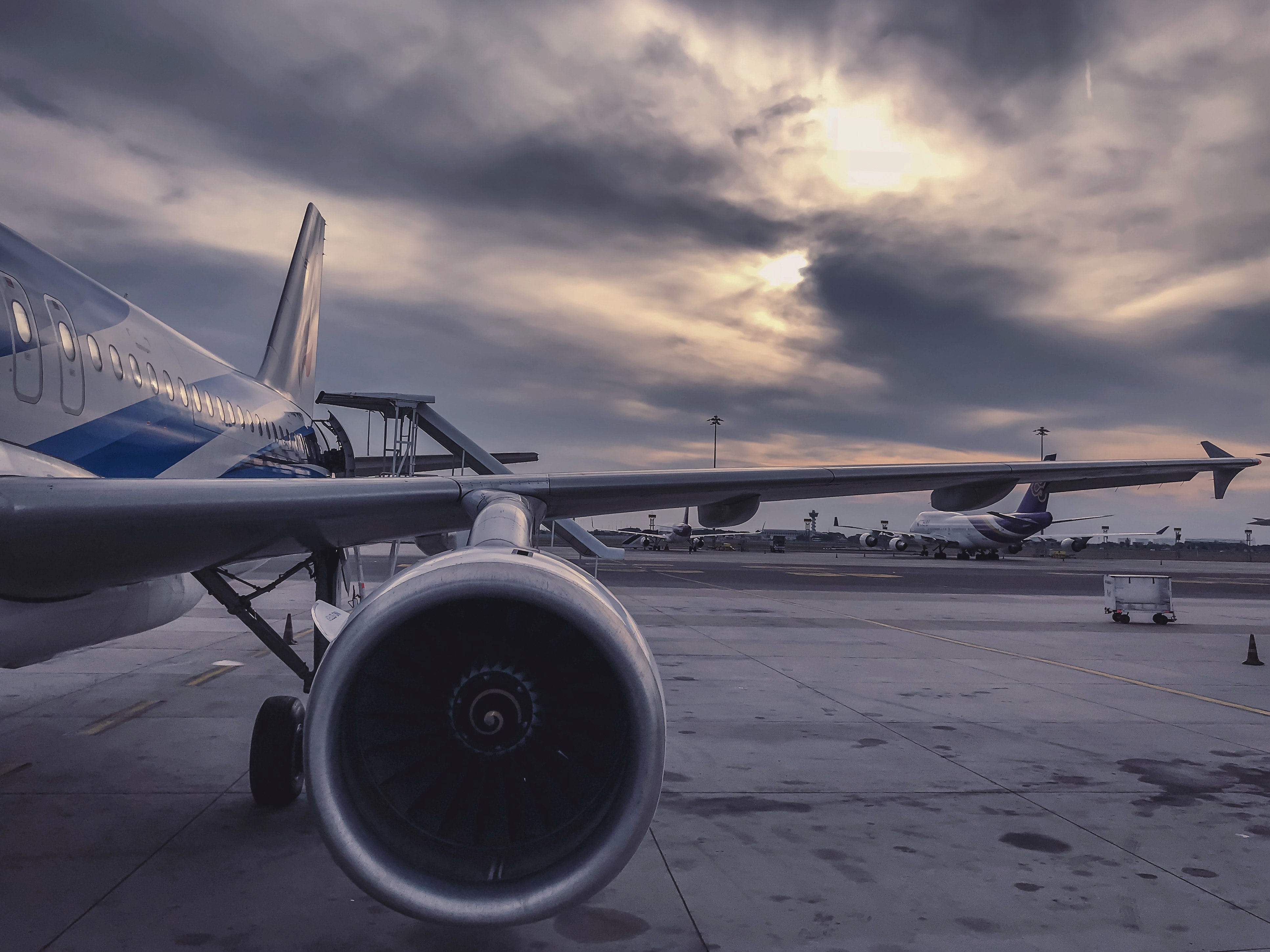 The most expensive private jets in the world- Private jets are vastly utilised especially those with the means and privileged to have access to them by being in ownership of it. For example, some celebrities would own this.

An example is a famous American actor called John Travolta with a net worth of $250 million who owns a private jet that is worth $77 million. Now isn’t that remarkable?

If you ask my opinion remarkable it is indeed. First and foremost, let’s find out who John Travolta is. John Travolta’s full name is John Joseph Travolta. He was raised in Englewood New Jersey that is’ an inner ring suburb of New York city in Bergen County, New Jersey’.

His date of birth is 18th February 1954. His father was called Salvatore Travolta a semi-professional American football player that later turned into a tyre salesman and partner in a tyre company called Travolta tyre exchange; and his mother Helen’s occupation was a singer and actress.

John is the youngest of six children in total. In terms of religion John was raised Catholic but later converted to scientology in 1975. He attended high school at Dwight Morrow high school but dropped out as a junior at the age of 17 in the year 1971.

In terms of his career after dropping out of school Travolta moved across the Hudson River to New York city and was quickly employed. He got the lead role in the touring company of the musical Grease and Broadway called ‘in over here!’ and singing the Sherman brothers song known as ‘dream drummin’. Travolta then decided on moving to Los Angeles for professional motives.

Travolta rose to stardom around the 1970’s. He was both singing and doing acting roles. He was peaking at number 10 on the billboards chart ‘hot 100’ during July, 1976. Within the following years he performed in the movie called ‘The boy in the plastic Bubble’. Travolta was also in the films called ‘Danny Zuko in grease’ in 1978 and ‘Saturday night fever’ which was in the year of 1977.

He performed on the soundtrack album of ‘Grease’. During 1978 he suffered a setback which was his failure of a romance film called ‘moment by moment’. However, in 1980 he rode on ‘the country music craze’ and along with that came his next successful film in which he starred in called ‘urban cowboy’. Travolta carried on doing these films and songs throughout the 1980’s, 1990’s and beyond. We can see that his professional acting and singing career is where he has accumulated his wealth from. This display’s the reason why Travolta owning one of the most expensive jets in the world is understandable.

Travolta Jets: He owns one of the most expensive jets in the world. It is called ‘the bombardier challenger 601’. The challenger is one of the most rated and popular business jets on the market charter. This is because it’s very good quality hence making it one of the most expensive private jets in the world. The aircraft is very efficient in terms of its fuel and contains very spacious cabins which is a benefit to passengers. Another benefit of this is that it is an excellent option available for frequent cross-country flights that are under challenging conditions.

The size and luxury of the challenger 601: It is an outstanding corporate jet with excellent and convenient flight flexibility. The interior is provided again with a cabin that is wide giving it a comfortable spacious feel.

The bombardier challenger 601 features: It contains an exquisite built-in washroom alongside intercontinental flight range. It is a cost-effective long-range jet which benefits passengers onboard. Lastly, it includes thirteen seat configurations. We see that Travolta’s jet offers a wide range of comfort for passengers onboard. That is why it is not surprising that this is considered one of the most amazing private jets in the world. The comfort it offers, is that it gives passengers a feel of home, without being home.

Travolta is very different than most as he enjoys doing the flying himself. A fun fact is that he has the required certificates that are needed for him to be able to operate a total of eleven jets.

What has lured Travolta to the bombardier challenger 601: Travolta stated that the ‘aircrafts inner workings are what attracted him to it’. We can see it is very dear to Travolta. Travolta further on stated that the aircraft’ uses Canadair technology’. This technology has advanced throughout the years, since the 1970’s.

The original owner and how old its design is: The bombardier challenger 601 was originally owned by the creator of the learjet called Bill Lear. The design is of a thirty-year-old learjet.

The thrill of flying: Travolta has expressed his deep love for flying. He personally is in ownership of many planes and has been involved in business to do with planes. He is so invested that he is an ambassador for one airline called ‘Qantas airline’. This has been since 2002, and he has worked with this company for decades on end.

Travolta’s love for his planes: He has stated that his planes are ‘pretty much his pride and joy’. In fact, he loves his planes so much so that he regularly posts and shows them off on social media. Another thing that Travolta states is that he has described ‘flying as being unlike any other feeling in the world’. We can see that Travolta is extremely passionate and invested in the flying business. This makes sense as to why he has a dozen planes and jets.

The inspiration behind Travolta’s aircraft names: It has been said that Travolta’s aircrafts have proudly been shown as his children’s names. This is because he shows his affection by naming his aircrafts in honour of his children. We can additionally see that family is important to Travolta so much so that he decided to include the two most precious things to him which are his children and his aircrafts, combining the two together. Another fun fact is that Travolta was also the first non- test pilot to fly the airbus A380 which demonstrates just how invested he is in the flying business.

Boeing Business Jet: Travolta is also particularly besotted with the Boeing business jet. He works for them, and this is the biggest aerospace company and head of the manufacturer of commercial jetliners. The main passenger of the Jet tends to be his children who are fascinated with the jet as it is considerably comfortable. Travolta and his family utilise the bombardier challenger 601 in order to travel around the globe. Travolta parks his challenger 601 business jet right outside his front door which is another benefit for him. He first received the challenger 601 business jet in the year of 2011.

Travolta and the amount of jets he owns: Travolta owns a total of seven jets. The first one which we know of is called the bombardier challenger 601. Another one is called the Boeing 707. The third one is a Boeing 727 alongside three Gulfstream jets a well as others.

Boeing 707: This is another aircraft that Travolta owns. It is an ‘American long range narrow body airliner’. This is created by Boeing commercial airplanes; it is also its first very own jetliner. It is the first profitable commercial jetliner that has been accomplished. In terms of the design of the engine & the wings are swept back at approximately 35 °. The 35 ° swept wings consists of the fuel tanks.

Boeing 727: This is another narrow jet airliner that Travolta owns. Again, it’s manufacturer is Boeing commercial airplanes. The specialty of the Boeing 727 is that it was used for some international flights. The interior design has is six abreast seating and it is one of the most loudest commercial jetliners.

Travolta has a ton of private planes and donated one in honour of his late son whom he tragically lost in 2009. This occurred whilst the family where on holiday in the Bahamas. He was Travolta’s first-born child. It has been said that he donated a plane to ‘Georgia’s Aviation Hall of fame’. Here we can see that Travolta made a generous donation from tragic circumstances. It takes strength to be able to do what Travolta did which is trying to keep his son’s memory alive.

Disclaimer: The views of the author do not necessarily reflect the views of Halal Incorp