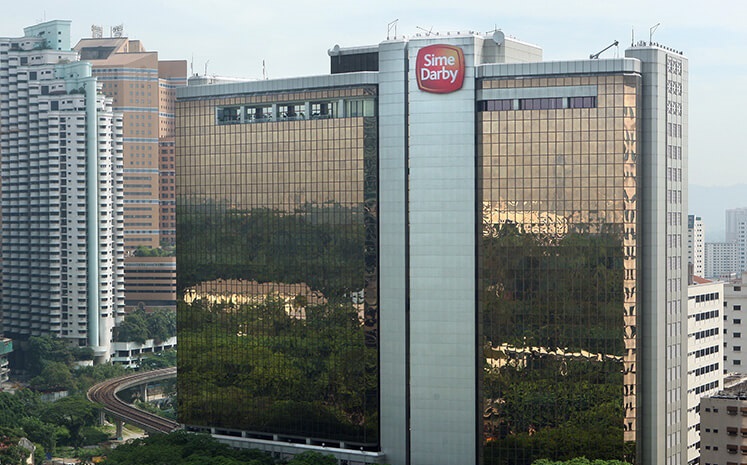 KUALA LUMPUR (May 15): Sime Darby Bhd is teaming up with MMC Corp Bhd  in port management and establishing a sister port relationship to facilitate halal shipments between Malaysia and China.

The companies jointly announced that both their subsidiaries — Northport Malaysia Bhd and Weifang Sime Darby Port Co Ltd — have signed a Memorandum of Understanding to seal the partnership.

The exchange ceremony, said both firms, was held in conjunction with the 21st Century Maritime Silk Road the One Belt, One Road Forum, which was witnessed by Prime Minister Datuk Seri Najib Razak in Beijing yesterday.

“The cooperation and collaboration for the establishment of a sister port relationship is aimed at boosting the roles of both ports in conjunction with the ‘21st Century Maritime Silk Road’ and the ‘One Belt One Road’ initiatives,” said Northport’s chairman Datuk Seri Che Khalib in a joint statement.

“Halal is big business and this partnership aims to capture a market that is growing by 10% a year. Weifang Port is strategically located in the prime region of the Bohai Sea economic belt, offering a major access into China’s hinterland,” Sime Darby’s president and chief executive Tan Sri Mohd Bakke Salleh said.

Both Sime Darby and MMC Corp said that they will share experiences, capabilities and resources in the fields of port management and related activities.

“Both ports will also carry out joint commercial and promotional activities and establish the necessary facilities to attract companies in the shipping and related industries in Malaysia and China,” the two firms added, noting that Weifang Port is now actively expanding its business into the halal industry, which could also be a gateway and future halal hub for the Korean and Japanese markets.

Weifang port’s close proximity to the “One Belt One Road” network provides an added advantage to a proposed “halal corridor” linking the Muslim regions in China, namely Henan, Ningxia, Gansu and Xinjiang, in which the Muslim population is estimated to be more than 30 million people.

“It is a major transit port for bauxite and a major distribution centre for iron ore in central and western Shandong,” said Sime Darby, noting that its port business in Weifang is China’s major export port for sea salt and marine chemical products and a national designated port for dairy import in Shandong.

“Northport’s strategic location on the Straits of Malacca, surrounded by major commercial and industrial areas has made the port Malaysia’s preferred gateway for local shippers,” Che Kalib said, noting that it is also connected to almost all major highways and vast hinterland.

“This extensive connectivity has made Northport to be appropriately suited for the role as the main gateway to provide integration of logistics services entirely to halal entrepreneurs wishing to market their products to China,” he added.

Sime Darby closed unchanged at RM9.33 today, giving it a  market capitalisation of RM63.41 billion, while MMC Corp ended one or 0.4% for a market value of RM7.67 billion.