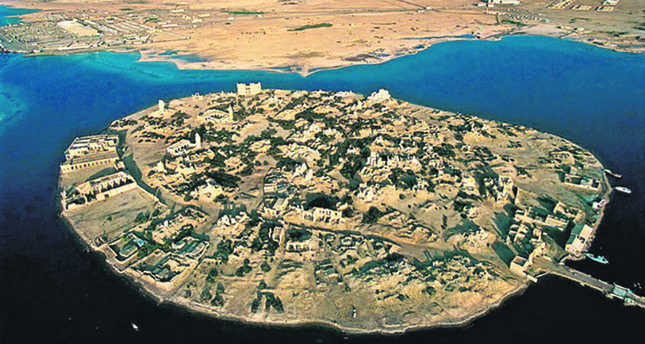 Sudan and Qatar on Monday signed a $4-billion agreement to develop the former Ottoman port city of Suakin in northeastern Sudan.

“The agreement was signed in line with instructions of the leadership in both countries on the necessity to boost joint cooperation in the fields of transport and communications,” Sudanese Transport Minister Makkawi Awad told reporters.

“We seek to establish twinship between the ports of Suakin and Hamad” in Qatar, he said.

The cost of the project’s first phase amounts to $500 million and will be completed by 2020.

According to Awad, Khartoum will get 51 percent of the project’s returns while Doha will receive 49 percent.

“This project aims to get the Suakin port play its vital economic role as a gateway to Africa,” he said.

The port of Suakin is Sudan’s second largest port after Port Sudan in northeastern Sudan.

Al-Sulaiti, for his part, said Doha will send Qatari ships next month to Port Sudan with a view to reviving trade exchange between the two countries.

The Turkish Cooperation and Coordination Agency (TIKA) started restoration works on Suakin Island after President Recep Tayyip Erdoğan requested an immediate restoration of the historically-significant island during a visit to the country in December.

Suakin, one of the oldest seaports in Africa, was used by African Muslims who set out for pilgrimage to the holy city of Mecca in Saudi Arabia.

The Ottomans used the port city — which was under Ottoman rule between 1555 and 1865 — to secure Hejaz province — present-day western Saudi Arabia — from attackers in the Red Sea.