Halal Incorp is a vendor with the College of Policing. Acting as an Associate Assessor the work done has included assessing over 150+ new candidates who have applied to join the UK police force as PC’s across the country. Assessment is made of pre-recorded videos based upon scenarios and competencies. Work has also included exploring questions and behavioural rating scales. 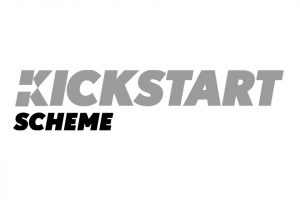 Halal Incorp (HI) has acted as a Gateway provider for the £2billion Kickstart scheme which was introduced by the UK government in September 2020.  Over the course of two years HI consulted over 200 companies and worked closely with over 36 businesses across England, Scotland & Wales.

The Kickstart Scheme provided funding to create new job placements for 16 to 24 year olds on Universal Credit who were at risk of long term unemployment.

Working in partnership with the UK Gov has allowed HI to enhance its project management and consultancy experience. HI was able to generate over $500,000 reaching record turnover employing over 20 people during this time.

The Game Laboratory Project (GameLab) was developed in order to comprehend and tackle an important issue in the context of human development across Europe. This project explored the use of games as a methodology which actively engaged NEET youth in their environment.

The term NEET has been commonly used across a range of diverse channels such as the media, politicians, governments, institutions and across third sector organisations. The GameLab project was created by four international partner organisations from Poland, the UK, Cyprus and Spain. The aim of this project was to work with NEET youth through the medium of games related to promoting economic participation and entrepreneurship through non-formal settings. This project involved experts who met in Poland, Spain and Cyprus where they discussed and shared best practice about the context of the project which was funded by the Erasmus + programme.

HI was commissioned to lead a European Union funded project on behalf of a British NGO, working in partnership with a UK college and NGO’s in Italy and Spain.

As part of the project we helped develop a manual which begins with a theoretical element, where we address issues such as interculturality, non formal education, language education and a practical part, with lesson plans focused on youth. In the end it introduces the topic of family learning, which we think is a great approach to language learning.

Ambition for Ageing is a £10.2 million Greater Manchester (GM) level programme aimed at creating more age-friendly places and empowering people to live fulfilling lives as they age. It is funded by the National Lottery Community Fund’s Ageing Better programme, which aims to reduce social isolation of older people.

HI won a tender to deliver a range of data collection methods used in the field research. This community research project used an ethnographic framework and qualitative data collection approaches. Walking interviews were undertaken, focus groups as well as surveys.