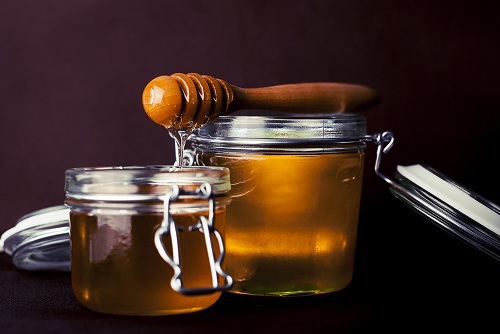 Honey has been in use for thousands of years by humans. Some early cave paintings and depictions are evidence that it has been sought after or foraged for at least 8,000 years. When it is enclosed in jars or sealed it does not tend to get affected by bacteria or other germs. Hence jars of Egyptian honey thousands of years old have been found from the time of the pharaohs and have remained in good condition without spoiling even after such a long period. 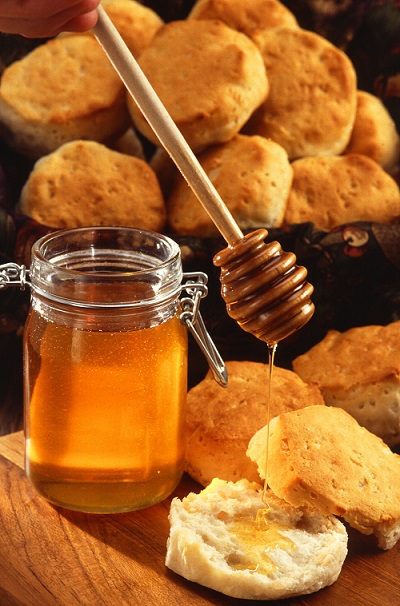 It has been dubbed as ‘liquid gold’ on occasion and is a prized asset for health conscious individuals. It is sweet tasting and is a type of food made by the process of bees gathering nectar from flowers. The nectar itself which is gathered is then transformed into honey through regurgitation and evaporation. The bees store the actual substance in wax honeycombs inside beehives.

There is one main queen bee & varying numbers of male bees to fertilise queens and thousands of worker bees in the hives to help keep the process of formation moving smoothly. Throughout the ages people were able to semi domesticate bee populations and produce extra substance. Beekeepers have beehives which they allow to grow and then using protective equipment and smoking techniques they can disperse the bees and collect the substance which is then used for personal use or often bottled and sold.

If the substance is contaminated it can be harmful to babies and cause illnesses such as infant botulism. The substance is generally seen as a positive source of food that is beneficial for health. Although there may not be wide ranging clinical evidence for some of the benefits relating to honey it is still generally seen as a food which is beneficial for human health. The substance has some anti-inflammatory effects and can help reduce some illnesses such as coughs.

Honey is a natural energy booster as it is unprocessed and has enough energy for short term boost. It is also useful for treating injuries and burns & helping with memory. Honey has antioxidant and anti-bacterial properties which are useful to fight some diseases and infections. Honey can also be used to boost sexual drive and wellness.

The Holy Quran also mentions the blessing of honey and the variety of blessings attached with its consumption. The Prophet Mohammed (pbuh) also said honey is beneficial for humans.

“and thy Lord taught the Bee to build its cells in hills, on trees, and in (men’s) habitations”

Honey production continues to grow all over the world. There are different types of honey produced in different parts of the world. One example of this is that you can purchase stingless bee honey collected from the forests of Malaysia which has its own unique taste and texture.

Honey is a unique sweet food source which has prevailed over thousands of years and still remains one of the most popular natural food available in today’s society.