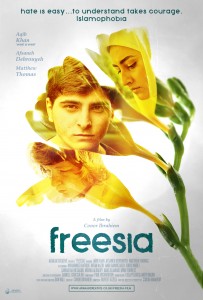 Three worlds collide during a racist attack, leaving a Muslim scholar fighting for his life. Now they must face the storm before the calm – and they call it ‘Islamophobia’. 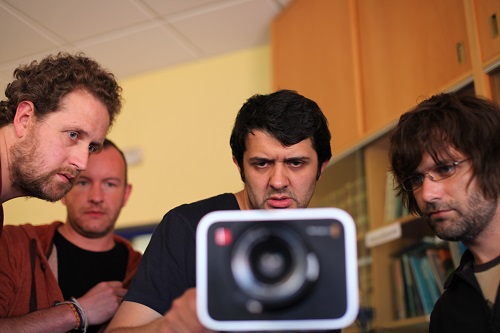 You read about the problems, seldom do we hear about the potential solutions. Islamophobia is the phrase coined to describe the hatred towards Muslims and the religion they live by. Freesia is the soon-to-be released feature film produced by award-winning writer/director, Conor Ibrahiem, who is the founder of Islamic theatre company and Social Enterprise, Arakan Creative. Established in 2009, it was conceived out of the need to tackle the negative stereotypes of Muslims and Islam and has already looked at the meaning of the Hijaab (headscarf), extremism, mental health and even what life is like on White council estates.

Funded by the Joseph Rowntree Charitable Trust and Esmee Fairbairn Foundation as part of a 3-year programme to tackle racial injustice, Arakan’s first venture into feature filmmaking comprises a multi- narrative tale comprising three interweaving stories, which looks at mosques, women’s rights and what feeds into far-right thinking. Originally conceived as three short films, the idea grew into a daring and challenging task with a modest budget of £27,000 and shot over a grueling 13-day production period in Bradford, Leeds and Keighley (West Yorkshire) and supported by David Wilson of Bradford City of Film. Thirty-four actors, fifteen crew members and one pet rabbit later, fueled on complimentary panini’s and French fries, the team managed to pull it off and have produced the first UK film of its kind. Securing Aqib Khan from British Asian film ‘West is West’ in a leading role put the wind in their sails and the film is now coming to the end of its film festival run, aiming to punch above its weight by being measured against the new releases of 2016. To date we have secured 13 official selections with:

Our achievements to date:

– 2 nominations in the London ModCon Film Festival for ‘Best Screenplay’ and ‘Best Trailer’.

A link to the trailer:

With Freesia as our launch film, Arakan has now established the first Islamic film production company in the UK and now wishes to develop a sequel and a third installment, giving us the world’s first trilogy to address Islamophobia. In doing so we shall firmly establish a new sub-genre – Islamic social realism. Think Ken Loach with a mosque hat.

But does film really have the power to change perceptions or is this 91mins of wishful thinking? Well five test screenings in 2015/16 gave a resounding thumbs-up to Freesia, with a consistent 80- 90% positive rating, so if this is anything to go by, Islamophobia has a found a much-needed friend.

NEXT: Arakan has also just launched a new comic book entitled ‘The Abrahamix’ (AbX) featuring 3 Abrahamic superheroes – A Muslim, a Jew and a Christian – who come together to fight racial injustice.

Freesia and The AbX are now available to buy. For sales enquires please email: