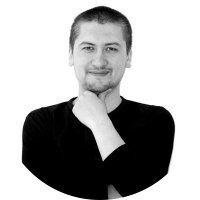 Manchester: We had the pleasure of interviewing Maruf Yusupov the founder of Halal Ad. This tech platform uses Halal advertisements which are placed on websites, blogs and digitally online. The adverts are suitable for Muslim audiences and adhere to religious principles. The Halal Ad platform has served over 20 million ads since its inception. Find out about where it all started from and the journey:

Question 1) What were you involved with before you started the Halal Ad platform?

I’m originally from Uzbekistan which is in Central Asia. I came to Denmark back in 2003 with the aim to study and develop myself. I worked in different companies across the areas of design, marketing and strategy. It was early 2013 I had a good job and the salary was good. However I was missing something, some kind of purpose, some kind of impact. One of my friends who finished his studies in Sweden came here to Denmark and was looking for a job. I told my friend you can go and find a job or maybe we can do something that we about care about and would look forward to when waking up every morning.

We thought about what we could do good in this world and that would also benefit our akhira (hereafter). With the constant negative portrayal of Muslims in the media we created Ummah Land without any real funds in 2013. The platform went viral in places like Malaysia and today we have more than 350k members and were still building this. In October 2015 we launched Halal Ad. We thought we could help other Muslim sites make money through advertising, we saw the gap as we couldn’t find any advertising platforms which were dedicated to the Muslim market. We serve close to 1.5 million ads a day through Halal Ad and we’ve served close to 100 million ads since we launched.

Question 2) How are people benefiting from the Halal ad service?

There are many Muslim websites who use platforms such as Adsense to display ads on their website. Sometimes though these ads may not be Islamically ok and may be irrelevant. We wanted to tackle some of these issues. The way we then connected the dots was by giving Muslim websites our advert codes, and we also have Muslim advertisers targeting Muslim consumers such as Halal travel companies. We connected these two parties we had business owners who want to reach out to Muslims and on the other hand we had the audience who visit various websites to benefit in one form or another. We are also looking to launch tech apps in the near future.

Tech is my passion so naturally I’ve gone into technology and tried to create solutions which also relates to my world view. For entrepreneurs it’s about understanding who we are, what our passions, desires and hopes are. we need to think about what problem we can solve the move forward from there. If your passion is tech then it can be good for you to pursue this passion. Most of the large companies in the world are tech companies. If you like tech it can be great to work in this field.

Question 4) what are the benefits of those who specifically work in the tech sector, those that have found their passion in tech?

You can grow with tech fast and you can make it available to many people across the globe. In the early days if you wanted to open a shop you were tied to a physical location but with tech everything is online, it’s just a click away. You can have access to anybody who has a phone for example which is like 3.5 billion people. This mass market is one of the advantages of digital work rather than physical based business.

Question 5) How does social media come into the frame in relation to Halal Ad’s working methodologies?

In terms of social media and general advertising every company has their own channel on how to grow their business. Some businesses use word of mouth referrals, some use other companies as referral points and some use social media. Others use ads and paid ads in our case what works for us is when we work with companies especially publishers we put our widget onto their websites. One of the things that works for us is just below the ad it says advertise with Halal Ad so this can help us get more links. We are able to generate a lot of advertisers, visitors and publishers as well. At the moment we are not that big on social media but most of our clients come from our media publishers websites or through our signature under each ad, which is how we get more customers on board.

Question 6) Who are your biggest competitors in this field and how do you stay competitive?

Maruf Yusupov: One of our direct competitors is Muslim ad network based in the US which focuses mainly on the American market. On the other hand we focus globally and serve almost any market at all. Our platform is very robust and we also serve mobile apps as well and not only websites. Mobile traffic is useful as it continues to grow regularly.

Question 7) Do you have any advice for Islamically orientated start-ups?

There are many ideas in the general market which you can also bring to the Muslim market by using existing models as motivation. There are many things that can be done but need to make sense. You have to go out there and validate your market. You need to make sure your idea works and people are willing to buy from you. Don’t just focus on general praise related to your idea but look at whether people are actually willing to put money on the table for your service and look at what makes sense.

Question 8) what is the most difficult aspect of being an entrepreneur in today’s world?

We think of entrepreneurs as being successful which is what we might see on the media i.e. how this person made a billion etc. We have a notion that if you are an entrepreneurs its roses, sunshine and unicorns but in reality every story of success you hear on the media there’s always hundreds of stories of people who fail. This is the reality check part, as a person are you up for failure. Nearly everyone who tries something fails it’s like if you have kids you’ve watched them to see how they walk, they stand up and fall down. Or it’s like when you ride a bike you can’t do it straight away you fail over and over but when you keep trying you can ride the bike in the end. I think entrepreneurship is a similar concept where you try an idea out, you usually fail which is a good thing because you learn from failure and then you try again until you make it work in sha Allah.

An entrepreneur is a specific kind of person not everybody can handle the failures and long wait before you see success. You really need patience and persistence in this game. So if you’re up for it, it can be a very good avenue to pursue because instead of just doing the societal norm of 9/5 at work which you may not like anyway, or even if you do like this work patterns there’s no problem but if you don’t then you can make your own reality and your own solution to problems and you can make a positive impact which makes you feel good.

Question 9) What do you love about the Halal global Islamic economy?

Allah (swt) says there are many ways and also a right way we can work. As humans sometimes people lie, this keeps nagging at you due to a portion in the brain so you don’t feel comfortable. However once you tell the truth you don’t have this type of stress. So when living one’s life in a Halal way it gives you peace of mind which is something we must strive for. Now the notion of living ethically living in a Halal way is on the rise. It’s amazing to see in Muslim majority and non majority countries and it’s great to see these benefits. We want to be part of this movement as it’s beneficial religiously and as a way of holistic life as well.     In the Islamic economy now modest fashion is on the rise and it’s an amazing thing and people are seeing it all over the world through global media and how it brings benefits to women and beyond.

Question 10) How do you see your sector developing over the next five years?

Maruf Yusupov: We would potentially like some relevant investment. Also if you do things right more and more websites will be using ethical advertisement because mainly advertisement focuses on who you are but Islamic advertisement is about the mindset and your world view. Halal Ad focuses on the why, where we see higher click through rates and ads. It could be us or it might be another company trying to do what we are doing. There is a need in advertising, in technology in every sector which focuses on the Halal arena. In sha Allah if everything goes well maybe we will have our space in advertising, we will see how things develop.